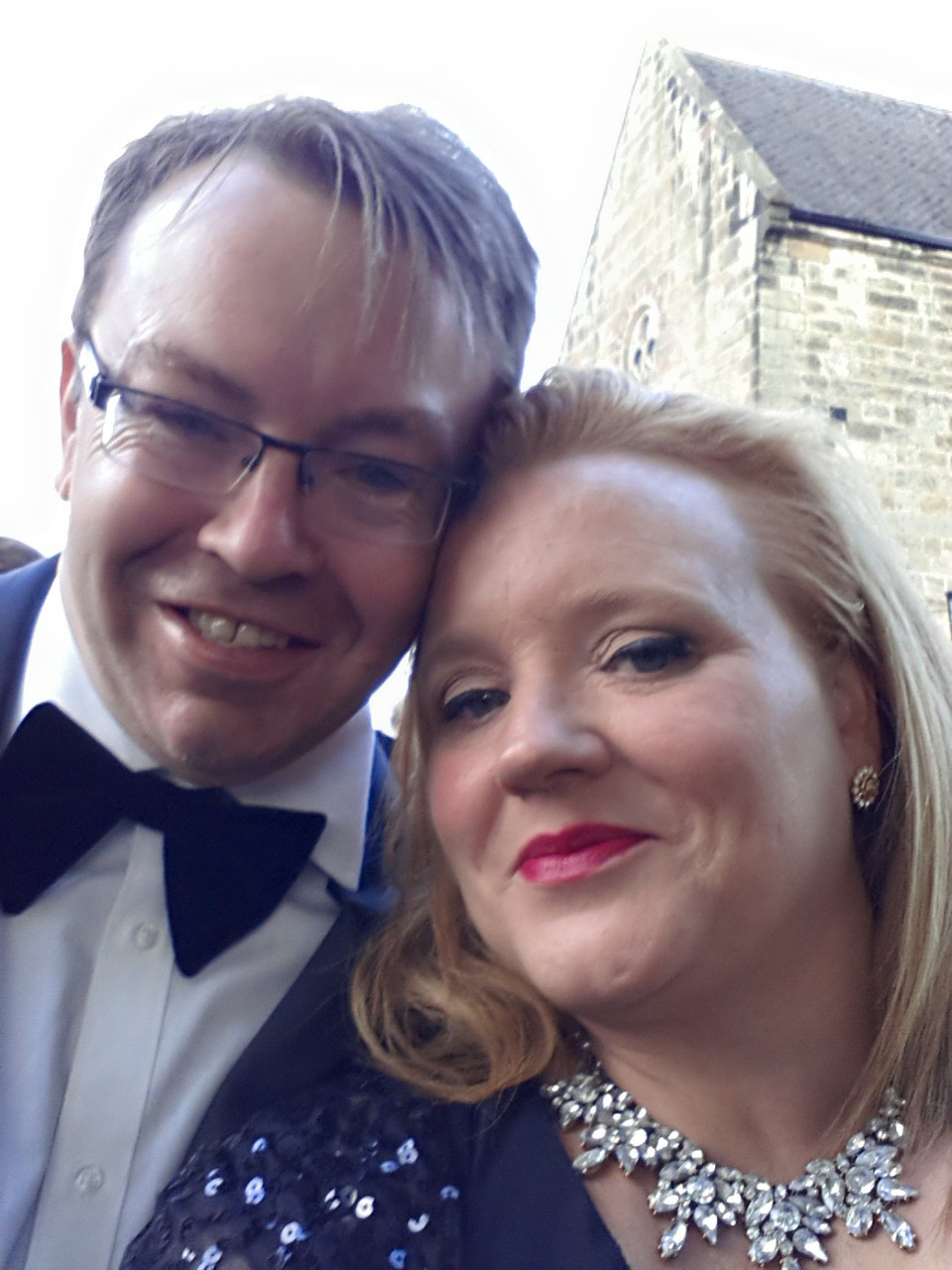 Today is the second day of October and it marks the monumental ten year anniversary of when I first met my husband, Jonathan, or Jonny as we call him. We met through the precarious means of internet dating and the E-Harmony website. I had been on my own with two children for a while and my expectations of finding my soul mate were pretty low given the bad encounters, the plethora of rude photos and dubious messages I had been subject to since I joined. At the time I was living in Nottingham and so on Saturday October 2nd, 2010, Jonathan booked a hotel room for the night and travelled down from Barnsley. Now here we are ten years later, living in Barnsley and I could not be happier. Not only am I happy in my personal life, but my professional life is equally rewarding. And it is all down to being with the right person at the right time.

Things have not always been so harmonious. The early days of our relationship were marked with some immensely testing life events. But we came through it all, and as a result we are no longer so fearful of life’s future challenges. Jonathan is incredibly pragmatic, and this compliments the more emotional traits of my personality. He is also unselfish, and this can offset those more demanding aspects of my temperament.  I know it sounds twee and possibly a bit conceited, but I am happily married and perhaps I would not be this way if I had met Jonathan when I was younger. We have had some wonderfully happy experiences together, but I think the best times of our relationship are often the most ordinary, such as when we spend the evening watching television and holding hands. And these are equally the times when I feel most loved.

No marriage is ever perfect. Jonathan and I are both fiery and when we have an argument, usually about some triviality, we can both explode verbally. However, any disagreements are soon dispelled with one of us saying something funny and the other breaking out laughing. Laughter is a huge part of our relationship. Jonathan can make me giggle so much that I can barely breathe. He does an impression of John Thaw, which is startlingly realistic and absolutely hilarious. Whenever he starts to do it, I shout at him to stop immediately because it is not long before I find myself laughing so much my sides ache.

The first night we met,  it felt as if  I was in the presence of a stand-up comedian and this seems to have set the course for much of our relationship. Jonathan loves puns and the ubiquitous Dad joke. He will make daft comments on the Take a Break Facebook page just to see me smile. For example, a recent post asked for followers to comment on how their pets have caused chaos at Christmas. To which, Jonathan wrote,

“I remember when I came down one Christmas morning to find my cat Mittens playing on Mario Kart on my Nintendo Switch and she was far better than I. Oh how we laughed! Especially when we saw our other cat Barbara riding our nine-year old’s bicycle up and down the street.”

A further mirth maker is when Jonathan leaves messages on celebrities’ fan pages pretending that he knows the person in real life. I know some people get very territorial about the celebrities they follow, but his jokes are so funny that it is impossible not to chuckle. Jonathan enjoys finding humour in the everyday and mundane, such as discovering a funny name or seeing someone with unusual features

Jonathan was also instrumental in encouraging me to follow my dream of writing. He has been there throughout my writing journey and is always my greatest supporter. Not to mention when I was writing my book, he took on all the household chores – of which there are many, to enable me to focus on completing the first draft. He drove me all over the country to complete my research and because I am partially disabled, he would walk me to where I needed to be, always waiting patiently until I had finished my research. He would listen to me hour after hour, recounting what I had discovered and offering me guidance on where to go next. On the rare occasions I felt downhearted, or doubted my abilities, he would lift me up with his usual pragmaticism.

When I lost my brother in 2013, Jonathan knew exactly what I was experiencing because he had experienced the loss of his dad. I could never have got through this period without him.  He took me in to see my brother’s body in the morgue and held my hand encouraging me to touch my brother’s hair so that I would feel more connected.  Six months later, I developed severe depression and he accompanied me into the doctor’s room so that he could learn how best to help me to recover.

As we age, although the physical attraction is still important it is not as essential as other traits for compatibility. One day the body will crumble, and the looks will be gone. It is far better to be with someone who makes you laugh than someone who is merely pretty to view. You need a best friend to get you through life. A well-rounded person who will be there for you in the bad times, along with the good. More than anything you need someone to respect and quite simply, to like.

This morning I awoke to the usual cup of coffee that Jonathan always makes for me. He had bought me a card to celebrate our anniversary, as well as a beautiful notebook and some bergamot perfume – because I had once said how I loved the smell of bergamot. These simple gestures illustrate how lucky I am to have a husband who listens to me and more than anything else who constantly tries to make me happy.

We do not have big plans for tonight. Partly because of Covid restrictions, but mainly because we do not need to do anything extravagant to have a good time. I wanted to get something special for Jonathan for our anniversary. He is quite tricky to buy for as he is rather particular about most things. However, writing is such an important part of who I am, I decided to write this blog post and I know he will be one of the first to read it. So, Jonathan, thank you for making me so happy and being such a kind and supportive husband. Thank you for the past ten wonderful years but more than anything, whatever you do, please do not do the John Thaw impression. I do not think my rib cage could cope!

2 thoughts on “When Laughter Really is the Best Medicine.”