We’re living in frightening times. There is so much false information around, especially on social media, that it is hard to know what the real truth is. I wrote this post before the corona virus became as serious as it currently is.  The fact is though, that I am not a scientist, so I do not want to increase the fear by imparting information that I am no expert on. As a family, we are going to have to go into self-isolation very soon. As terrified as we all no doubt are, I think that the best way we can deal with this is to try to remain calm and look at how we can manage our days in social isolation.  Making the best of the situation if possible, by doing those things at home that we rarely get time for because of our busy lives. Wherever you are, I really hope that you are safe and well.

Today I shall be discussing something that many of my students ask me, is Shakespeare’s work still relevant in our modern age?

I am passionate about Shakespeare. For me, as a literature enthusiast, I love discovering the many layers of meaning in his work. Each time I read or see one of his plays, it is as if I have been introduced to it for the first time.  Of course, I know that not everyone feels the same. When my students first come across the written language of Shakespeare, they look startled as if they are having to learn an entirely new language. I’m often asked, “what language is this?” or “is this how they spoke in those days?” I explain it as poetry, which was originally designed to be performed on a stage not read in a book. I show my students the Globe Theatre and explain that plays were the social events of their time, similar to football matches today. They are much happier when I explain that even after studying the language for over forty years, there are still lines or words that I do not fully comprehend. Furthermore, students seem equally relieved when you explain that at GCSE level, they only need to understand the gist of the language rather than every single word. GCSE English Literature tests skills of language interpretation and comprehension by means of comparison of a theme within a section of text and then throughout the entire play. Candidates need to look beneath the surface for meaning and themes; these can be found abundantly in Shakespeare.

So, is Shakespeare important today and is it right to make students study him at GCSE level? As much as I love Shakespeare, literature study is not for everyone and I do feel that even with inspirational teaching, many students would be better off being taught how to prepare a curriculum vitae or how to apply for a job. Yet the current GCSE syllabus does not allow for this. However, is it a good idea for students to learn about Shakespeare when they could be studying much more modern texts instead?

There is no denying that Shakespeare permeates our language from stories to idioms, phrases, and words. He used 15,000 words in his plays, many of these he invented himself by merging existing words and anglicising vocabulary from foreign languages. Shakespeare had a monumental impact on our language from idioms such as brave new world, and good riddance to catch a cold, heart of gold and it’s Greek to me. Similarly we owe many words to him such as farmhouse, bedroom, blushing and eyeball to generous, frugal, addiction, assassination, advertisement, laughable, obscene, generous, watchdog,” puking and invulnerable and critic.

Studying Shakespeare is difficult, especially if students have not been exposed to any of his plays before. Many schools nowadays do introduce Shakespeare early, often preferring to use what might be considered easier plays such as A Midsummer Night’s Dream or Twelfth Night, since they do not deal with adult themes. Yet it is the meatier works that illicit the greater interest, especially the tragedies such as Macbeth. When taught correctly, an early study of Shakespeare can lead to a lifetime love of a particular play or the Bard himself. I studied Hamlet at A level and was inspired by my teacher to such an extent that I have seen many versions of the play since I first studied it in 1986.

If you are looking for ways to introduce Shakespeare to younger children, then there are some great ideas for doing this. The condensed Animated Tales, along with their accompanying books, are perfect for children as they usually last about half an hour and aim to make Shakespeare accessible for all.  The Shakespeare 4 Kidz Theatre Group presents much shorter and more fun interpretations of his plays as a perfect way to introduce newcomers to his work. They also organise annual performances locally. It’s so important to teach Shakespeare through performance. YouTube is a further great resource for Shakespeare bursting with so many different versions of the plays.

There is no doubt that Shakespeare’s contribution to our language owes much to why we still study his work. However, it is in looking at the themes he uses that we discover the real reason for his longevity. Themes such as love, political corruption, nature versus nurture, anti-Semitism, ambition, envy, the position of women all illustrate how debate concerning the human condition and universal themes, concerning love and relationships survive the generations.  Equally the situations Shakespeare’s characters find themselves in resonate with us all. We have all been in love, we have all suffered anguish or distress.

A focus on universal themes of the human condition enables Shakespeare’s work to be interpreted in many different ways.  There have been thousands of different interpretations of Shakespeare’s plays throughout the centuries. From versions depicting modern or historic times to unusual settings. I have seen many unique retellings of Shakespeare over the years. Macbeth’s three witches portrayed as drug addicts at a rave and then as banshees on moorland, I’ve seen Lady Macbeth urinate on stage through madness and I’ve seen a 1960’s gangland musical version. This is the joy of Shakespeare. It lends itself to any age, any location and any interpretation. Baz Luhrmann even set his version of Romeo and Juliet at Venice Beach. Similarly, the context in which Shakespeare wrote his plays teaches us much about history.

Shakespeare has been an integral part of our culture for over four hundred years now and no doubt it will continue to do so. 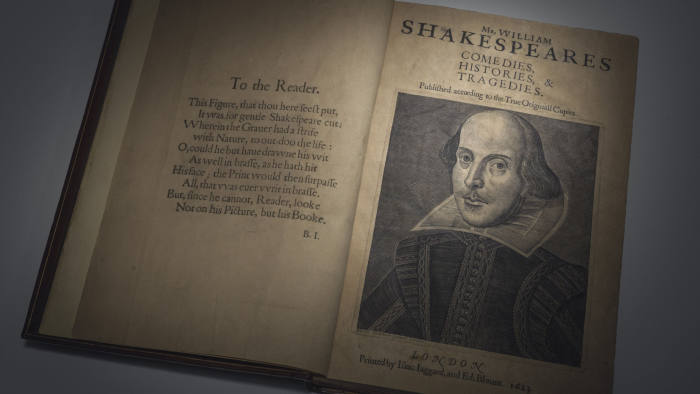 2 thoughts on “Is Shakespeare Still Relevant In Our Modern Age?”