The new GCSE English Literature syllabuses require students to study in depth several poems on a theme. In their exam, students have to write about one of the poems and compare it to another in the collection. AQA offers two themes; Love and Relationships and Power and Conflict, with most students tending to go for the latter. Many students I meet, loathe poetry at first. However, when I teach them that poetry is very similar to music and songs, especially rap music, with its themes, rhyme, and rhythms, poetry starts to click with them. One of the poems in the AQA Power and Conflict collection is London by William Blake.

Written as far back as 1794, the poem is as relevant today as it was in the Eighteenth Century. I am a huge fan of William Blake’s poetry. Most students primarily like it since, as they often tell me, it is short, and it rhymes.

I wander thro’ each charter’d street,
Near where the charter’d Thames does flow.
And mark in every face I meet 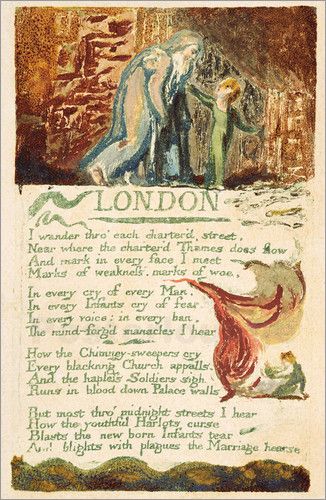 Marks of weakness, marks of woe.

In every cry of every Man,
In every Infants cry of fear,
In every voice: in every ban,
The mind-forg’d manacles I hear

How the Chimney-sweepers cry
Every blackning Church appalls,
And the hapless Soldiers sigh
Runs in blood down Palace walls

But most thro’ midnight streets I hear
How the youthful Harlots curse
Blasts the new-born Infants tear
And blights with plagues the Marriage hearse.

The poem was originally published in a collection entitled Songs of Experience depicting “two contrary states of the human soul.” One side of love, childhood and nature versus the other side of the worst side of human behaviour and the effects of modernity such as prostitution, poverty and the downside of industrialisation.  Blake was a resident of London and his poem shows the two sides of a city. Using a semantic field of unhappiness and frequent repetition of curse, cry and sigh, the poem considers the two extremes of poverty and wealth. It suggests the Church and those in authority are mainly corrupt and criticises man’s inability to create a just society based on love and joy and above all else, freedom.

As I was reading and discussing the poem last night with a student, we found ourselves concluding that things have not really changed since the poem was written. The main similarity being the gap between the rich and the poor. Cities like London still show us extremes, where someone can be living homeless on the streets and begging for help in one area, whilst just around the corner, others go and enjoy meals in restaurants for hundreds of pounds or live in vast mansions costing several millions.

One of the things I love most about literature is that it opens us up to further discussion. You can start off with a seemingly simple poem and find yourself considering all kinds of issues. This poem alone led to debate not just on city life, and the extremes of wealth and poverty but on drugs, HIV and prostitution as well as the law, the Royal family and religion.

I work until quite late in the evening – approaching nine- and as a result when I come home, I need to unwind in front of the television just to switch my mind off. Last night we found ourselves watching some mindless drivel since, although I love Question Time, it is not the best show to watch when you are trying to switch off your brain. So, and I know that this might not appear to be my type of show, we watched The Mummy Diaries on ITVBe. It is a show featuring two reality ‘stars’; (and I use that word loosely) Sam and Billie Faiers and their lives as mums to a young family. As I watched the show, I could not help but be aghast at the blatant consumerism and over-extravagance. Sam Faiers had organised, no doubt for the sake of the show, a Christmas dinner with her family. She had professionals in for every aspect of the meal from decorations, to flowers to an award-winning chef. The dining room alone was decorated with hundreds of balloons and gaudy décor costing thousands. Two elves and a Santa appeared to pander to the incredibly spoilt children and give them even more gifts and the amount of food and items that were wasted was just morally wrong. As was to be expected, the children seemed to lack any real gratitude for what had been provided for them because no doubt this was nothing special. Most of the time the children fought and bickered amongst themselves. Sam had done this more to show off to her family, rather than give them something unique they would appreciate. The show also showed a charity auction where the family were trying to raise money for a hospice. Whilst this was clearly an example of Sam and Billie giving back, the charity auction was not so much an exercise in humility and benevolence but the chance to show off how much money they and their equally conceited friends  had. I couldn’t help but compare their behaviour to that of the ignorant and self-serving rich in Blake’s poem. 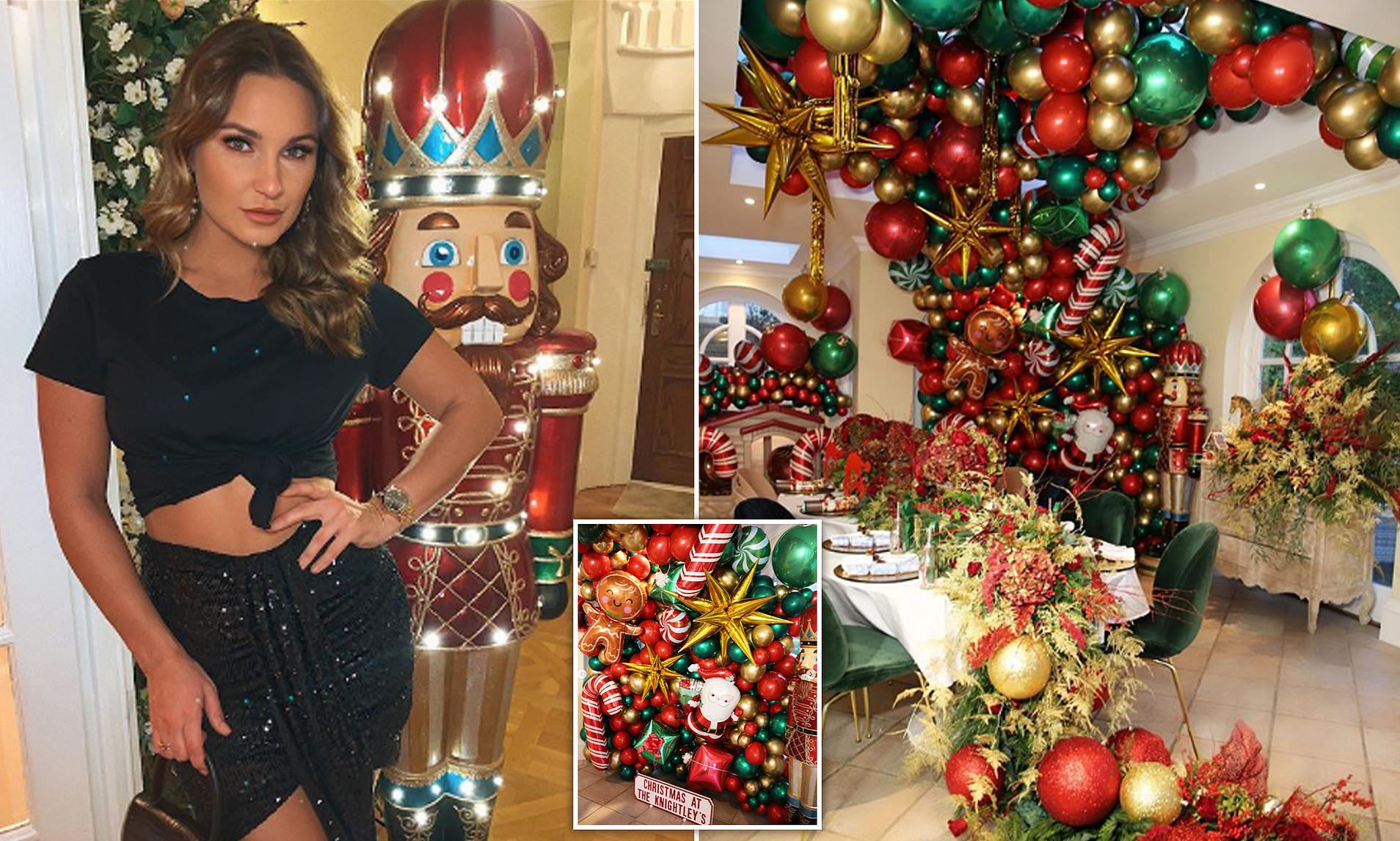 A few days prior to this, I had watched a BBC documentary concerning the introduction of Universal credit as a means to provide financial support for the poor, sick, unemployed and elderly. The Universal Credit scheme has been hit by controversy. From what I understand, it can take five weeks for the financial support to come through, which in our technological age seems somewhat lengthy. Why does it take so long to input data and work out benefits? Whilst people are awaiting their benefits, they are entitled to receive a loan up to a certain amount. This loan has to be paid back as soon as the benefits come through. It’s this that is causing the most issues. One woman had applied for universal credit. She agreed to a loan of over a thousand pounds to support her and her daughter and pay the rent in the weeks she waited for the benefit. However, as soon as the benefit came through, she was expected to pay back a considerable amount of the loan leaving her with £500 to support herself and her daughter. You might think that £500 is a decent amount of money but from that she has to pay all her bills including council tax, water and gas and electricity and food. Added to this, the poor woman was still struggling to pay off debts she had accrued from her past. In the end she had no choice but to go to a food bank to feed her daughter. Why in 2020 are we relying on food banks to feed our children?

There was a further case of a girl who had been the victim of a serious assault and had to give up her job to recover from it. After a year of recovery, she was desperate to get back to work. However, finding a job was difficult and with a zero hours contract at a café, she had no guarantee of income each week. Whilst working, she injured herself and was forced to stay off for a couple of weeks. During this time, she was not entitled to sick pay at her job and also had to wait another five weeks for Universal Credit to kick in. She thus spent several weeks trying to recover from an injury with the added stress of having no money at all to live off for five weeks.

Compare this programme to The Mummy Diaries and you could not have seen two greater extremes. It was more than reminiscent of Blake’s poem. The rich become richer and more ignorant, and the poor become poorer and more aware of the unfairness of the  system.

You might say, well Sam and Billie have worked hard to get rich. But they haven’t. They are fortunate because in all honesty, if they hadn’t been picked to be in a reality show many years ago, then with their lack of talent and education it is doubtful, they would have ever become so wealthy. But for the grace of God would they be on Universal credit. You might even say that they both do their bit for charity. Yet the charities they assist they do so in the full glare of publicity in an effort to massage their huge egos. The career of a reality star or influencer is based more on self-serving and self-promoting rather than in helping others in any way.

I am not a fan of football but I recently saw a post on Instagram from a footballer Sadio Mané, who is originally from Senegal.  Sadio is a very wealthy footballer, but he has quite a refreshing attitude to his wealth. “Why would I want ten Ferraris, twenty diamond watches, or two planes? What will these objects do for me and for the world?” he said, “I was hungry, and I had to work in the field; I survived hard times, played football barefoot, I did not have an education and many other things, but today with what I win thanks to football, I can help my people. I built schools, a stadium, we provide clothes, shoes, food for people who are in extreme poverty. In addition, I give 70 euros per month to all people in a very poor region of Senegal which contributes to their family economy. I do not need to display luxury cars, luxury homes, trips and even planes. I prefer that my people receive a little of what life has given me.” 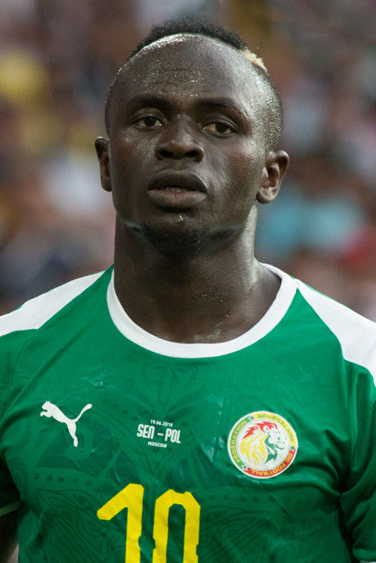 This is such a refreshing attitude to hear. Someone using their fame and wealth to help others and help them with no need to massage their own egos. It is an attitude that Sam and Billie might do well to learn. Sadly, judging by their endless posts on luxury holidays, designer clothing, not to mention the gifts and the freebies,  I think that ship has long since sailed.

One thought on “Marks of Weakness, Marks of Woe: What do Reality Shows have in common with One of Our Greatest Poems?”