All this time
They’ve been just one word in a stupid rhyme
So they picked up a pen and a microphone
History’s about to get overthrown.

Part of the #HonestReview series.

Disclaimer: This is not an advert or a paid-for editorial. I pay for things with my own money so that you can be assured of a truly #HonestReview.

I love a good musical. The more traditional then the better. To me a musical has to involve speaking, singing, and dance. I’m not a fan of musicals that are entirely sung. I’m pleased that I have passed on my love of musicals to my daughter. For a while when she was little, she acted as if she was permanently in a musical. Her favourite was Legally Blonde. I can recall the day after we had first taken her to see it. She came into my bedroom the following morning singing every word to “Oh my God. Oh my God you guys…” She also loved the songs from Cabaret. We would listen to them in the car and I can recall how bizarre it sounded having a three-year-old child sing, “Well, that’s what comes from too much pills and liquor.” Recently, she has started to develop her own tastes in musicals. Hamilton is one of her favourites and she really wanted to see it when we visited London in July. Unfortunately for my daughter, but somewhat fortunately for me, the performances were sold out and so instead I picked, Everyone’s talking about Jamie, which I thought was fabulous. 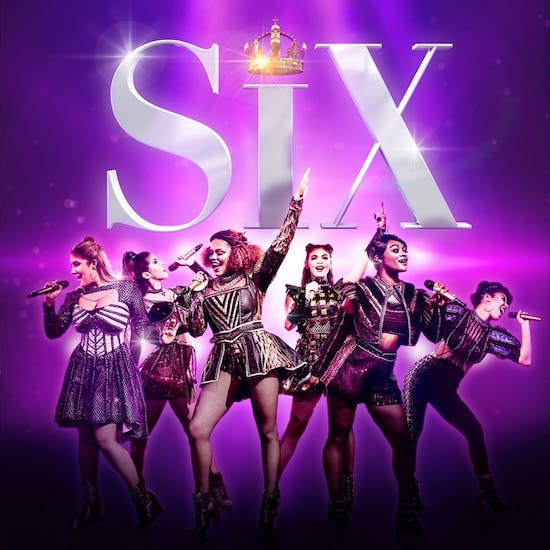 My daughter absolutely loves the music from Six. She was desperate to see this, therefore when it went on tour, well, I had to give in and agree to take her as a birthday treat. I must declare that the idea of a concert concerning Henry VIII’s six wives singing to a techno beat, did not excite me. Far from it. I felt that it would be tortuous and possibly I’d need to take ear plugs to block out the sound. I’m also someone who loves Tudor history, having spent a lot of time studying it for A Level. The reign of Henry VIII is indeed one of my favourite periods and one of my obsessions. I really couldn’t see what was attractive about a Spice Girls’ style concert, with women in skimpy clothes pretending to be Henry VIII’s wives. What indeed was this madness?

Thus, on Saturday when my daughter was extremely excited about seeing the show, I was struggling to muster up any enthusiasm whatsoever. The show was held in the Lowry in Salford. A building which gave my back a great deal of pain – it must be something to do with the concrete and the escalators. I was grumpy and I really didn’t want to have to sit through a concert in agony. So, as you can no doubt deduce, I wasn’t in the mood to enjoy myself.

Once the opening bars started, I can remember thinking, “This is worse than I imagined.” It seemed so loud and so weird. None of the wives looked like they should. They were in skimpy costumes, and many bore no resemblance to reality . “They’ve got Catherine of Aragon wrong.” I whispered to my husband, “She’s far too young.” However, I am not sure when it happened – probably about five minutes into the show, but suddenly everything changed, and I could not help but willingly suspend my disbelief and enter the world of Six. It wasn’t just the catchy tunes and the singing that began to change my opinion, but there was comedy, dance and much laughter. You could not help but be swept along. Before very long, I was clapping, laughing and enjoying the show. And I finally heard myself say to my husband, “this is actually quite good.”

This new musical really shouldn’t work and yet it does on so many levels. The staging was exceptional. The tunes are catchy, and humour is woven throughout the narrative. Even the Anne of Cleves rave anthem about the House of Holbein is immense fun. 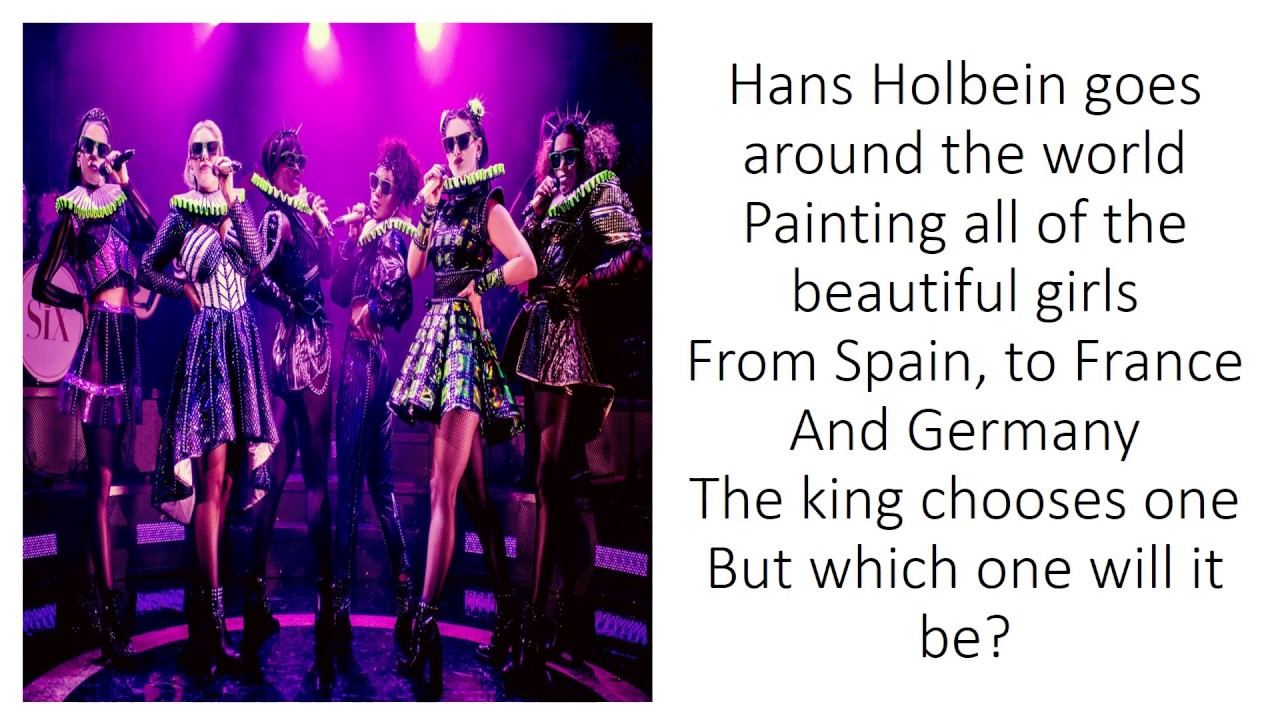 Everything about this show is spectacular; the music, the singing, the dance and the historical accuracy. I was most impressed with the reference to Leviticus. Although all of these elements contribute to its success, these are not its most significant strength. The story of Henry VIII and his break from the Catholic Church wives is now nearly five hundred years old. Over the years, there have been many different interpretations through film, television drama, documentaries and theatre. There are only so many times that you can repeat the same story, without it becoming boring. The power behind ‘Six’ is undoubtedly it uses a modern device to spark renewed interest in one of our most significant periods of history. As the show itself declares, Henry’s wives have been confined for the past hundred years to a rhyme, “divorced, beheaded, died, divorced beheaded, survived.” Now the wives are exploding from the shadows of that rhyme into a three-dimensional, deafening rebirth. This show makes it clear that we need to look beyond the women as mere tools in history and reassess their contribution, which the show more appropriately renames, her-story. There is a brief feminist message and a hint of female solidarity shoe-horned into the ending. This was a little pretentious and seemed to be a bit of a box-ticking exercise. I wasn’t convinced that this necessarily worked, since ultimately people come to musicals to be entertained rather than lectured. However, if the musical inspires young people to love history and the Tudors, this can only be a good thing.  In the same way that we look to new interpretations of Shakespeare then this sparky new show is a complete reworking of history, designed to arouse interest and to show that history need not be presented as stuffy and tedious.

I learnt something from going to see Six this weekend. Sometimes, you do need to step outside of your comfort zone and embrace the change, in order to enjoy yourself. I’d definitely recommend this show to anyone. It might not necessarily be your cup of tea, but you will be pleasantly surprised.

Six the musical continues its UK Tour throughout 2020. You can book tickets here.