If you are a fan of true crime and you enjoyed the Netflix series on Madeleine McCann, then you will love this five-part documentary from France concerning the murder of a small, innocent four-year-old boy, Grégory Villemin, in 1984. I am not giving away any spoilers, – since this is stated from the outset – when I reveal that they have not discovered the truth behind the mystery even now, thirty-five years since his disappearance. It has been a huge news story in France for many years. There have been thousands of newspaper articles, fifty academic thesis and fifteen books regarding the murder.  Yet not one has the definitive answer to the simple question, “Who killed little Grégory?” 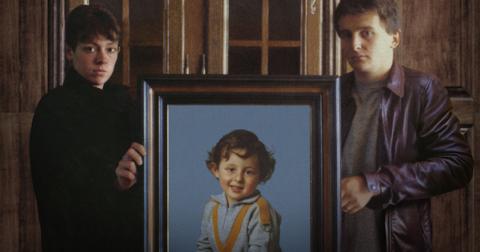 On 16 October 1984, little Grégory was playing outside the front of his house, whilst his mother, Christine Villemin, was inside doing household chores. At just after five pm, she noticed he was no longer playing there and so she alerted the Police. At 5:30 pm, an anonymous caller rang Gregory’s uncle, Michel Villemin, and informed him that the boy had been kidnapped and thrown into the Vologne River. Grégory’s body was later found in the River with his hands and feet bound with rope and a woollen hat over his face. 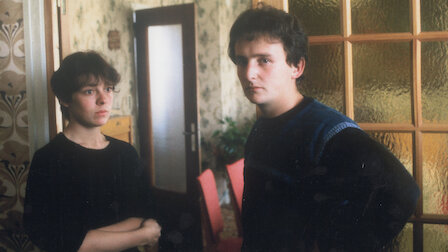 This case is far from simple. Three years earlier, Grégory’s father, Jean-Marie Villemin, was promoted to foreman at the car parts factory where he worked. Some family members were unhappy about it. In the years before little Grégory was murdered, his parents received many anonymous telephone calls from a person who was threatening revenge against Grégory’s father, Jean-Marie, who he referred to as the ‘Boss. The mysterious caller was nicknamed Le Corbeau – the crow- a slang word for an informer. The Corbeau was clearly familiar with the family’s life and knew details that only a relative could know. The Villemins reported the calls to the Police. The Police began recording the calls, only for them to stop and for the caller to resort to poison-pen letters instead. One of the letters came a few days following his son’s death and declaring,” “I hope you die of grief, boss. Your money will not bring your son back. This is my revenge, you bastard.”

The documentary makers have gone to a lot of trouble to reunite all of the people who were involved in the case over three decades ago and every recorded interview with suspects, family members, legal experts, the Police, witnesses and journalists is played. There are many twists and turns in the plot, which one never expects. However, at times the pace was a little too slow. I do not know if it was intentional, but the dark lighting and the soothing music made the documentary feel as though it was slowly sending you to sleep. As is so often the case nowadays, there was much repetition in the episodes, and I do think that three episodes rather than five would have been sufficient. However, the story is a prime example of what happens when rival factions of a family permit themselves to be consumed by jealousy and lies. When sleepy villages allow feuds to fester away. And when even the legal authorities are not quite what they seem, then what hope do we have of finding the truth? This is certainly not a show for people who like their cases wrapped up with a neat little bow by the end of the series and it will definitely leave you with far more questions than answers.

I would give it four stars out of five.