I have recently been reading Animal Farm again with one of my students. I believe it is one of the most intelligent and thought-provoking books ever produced. Written by George Orwell in 1944 and presented in the seemingly simplistic form of a fable, it uses animals to tell us about the human condition in much the same way that Aesop, La Fontaine and even Walt Disney have done.

One of its many messages is that those who lead revolutions will find themselves eventually turning their backs upon their original ideologies, mainly because of their fundamental weaknesses. This does not just refer to political revolutions and revolutionaries, but it may also encompass art, philosophy, music and literature. In short, our human flaws, especially selfishness and greed, lead us to betray our integrity, no matter how well intentioned we may be at the start, or how much we believe we are driven by our ideals.

In 1948, George Orwell wrote 1984, a dystopian science fiction novel. This book has had even more of an impact on our lives than we may realise. Many terms introduced in the novel have now become part of modern parlance, such as Big Brother, Thought Police, Thoughtcrime, Newspeak, Room 101 and telescreen. The book has since been translated into sixty-five languages and sold millions of copies.

On the surface, the story centres around a totalitarian or authoritarian state, Airstrip One; a place once known as Great Britain, where deception, surveillance, misleading terminology and rewritten history are omnipresent and control the masses. Orwell looked at the technological trends of the late forties such as television and cameras and imagined how they might develop further. According to Orwell, a state that was truly terrifying, was not so much the one that used torture and extreme penalties to control its people, but the one feigning freedom through the use of a dumbed down culture, illicit censorship, subliminal messages and propaganda. Keep telling the masses they are free, do not allow them to think or speak for themselves and they will believe they truly are, even if the truth shows them otherwise. The telescreens which the masses believe are their freedom, are in fact their chains of imprisonment, they become addicted to them and they belie the real purpose of the screen; to spy on its citizens. The newspapers contain no truth; only sport, crime and astrology. Entertainment is trash; films laden with sex and sentimentalism. All of these devices used to trick citizens into their enslavement.

It is indicative of George Orwell’s insight that these novels share many similarities with our modern age and still resonate with us today. Think about it. The screens which make us feel free, ultimately control us: how many people are able to function without their mobile phones? Our every move being recorded to control our behaviour: how many of us are concerned that the next generation will grow up with a huge percentage of their actions recorded in some way through emails, CCTV, or social media? How many times do we read of our online security being compromised and thus possess realistic fears of our emails and phone calls being monitored? What about the continual mention of fake news and governments not always providing us with accurate information to influence our opinions and actions? Furthermore, consider the dumbing down of entertainment to prevent us from thinking for ourselves. In Shakespearean times, the Victorian age and right up until the twenty-first century, entertainment was far more sophisticated. It is no understatement that so many so called modern-age entertainers have no discernible talent, particularly within the realms of reality television, where the lowest possible common denominator is used to produce cheap and trashy shows, lacking in any form of intelligence.

Yet there is an additional element in 1984, and it is conceivably the most vital component of control over the masses: paranoia. It is ultimately our own paranoia over our lives, our relationships and our careers that prevent us from being truly free. Paranoia comes from our anxieties and fears. Unchallenged, it can develop into a huge delusional and irrational monster, characterised by endless periods of over-thinking and rash self-destructive actions. This is one of Orwell’s predictions that has greater resonance in our modern age than we could ever have imagined. Paranoia obliterates trust and embraces suspicion and in a desperate and perpetual struggle to fit in, it forces someone to constantly rewrite their own narrative. 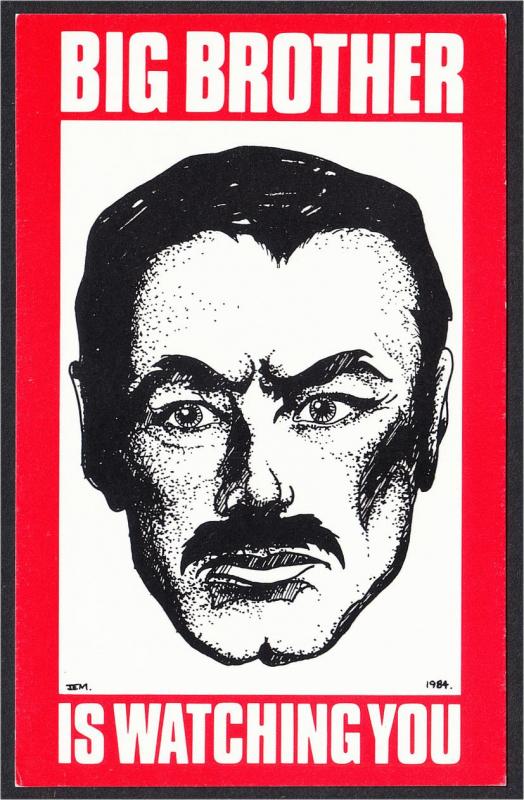 There is one profession today – if you can call it a profession – which is possibly one of the greatest examples of how accurate Animal Farm and 1984 were in their exploration of the human condition, and in foretelling our response to developing technology. In my blog I have written a great deal about my views on the new phenomenon of social media influencers. Compared to other professions, which require skills and training, much of an influencer’s success is based on luck. In short, influencers make money from posting videos or photos on social media. Originally their motives in doing so were altruistic; frequently they made videos to please people or to make people feel less lonely. One of the hardest jobs in life is being a stay at home parent. In the beginning, many influencers would post their hints and tips to attempt to make life easier for other parents: to break up the monotony of isolation. For a time, it worked. Yet it wasn’t long before many realised that these videos and photographs were the perfect opportunity for brands to sell products.

The influencers, who often came from modest backgrounds, began to be offered items for free in return for advertising products that they could once only have ever dreamed of owning. The more they were offered, then the more they took. Just as in Animal Farm the revolutionaries turned their backs on their ideologies for their own benefit, then so too did the influencers. One cannot condemn them totally for this. People will always look out for themselves because we are all inherently selfish and want the best for ourselves and even more so for our families. In the same way in which the omnipresent slogan, ‘All animals are equal’ becomes distorted over the course of Animal Farm into ‘All animals are equal – but some are more equal than others,” then equally the message of influencers has morphed from ‘I am just like you’ into ‘I am just like you – except considerably richer.’ 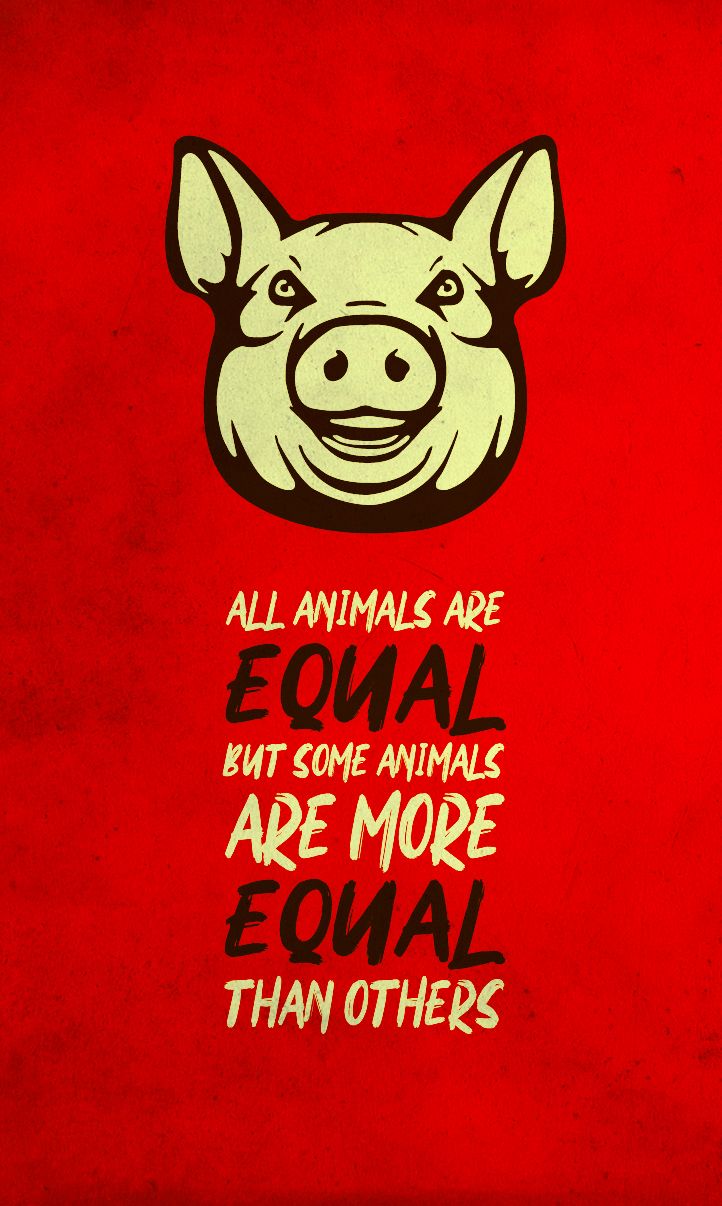 No one can help but realise that the foundations of the influencer world are built on sand. Like Oceania in 1984, it is a flimsy, unpredictable future, dictated by technology and the controlling, more calculating and powerful forces of Big Brother or in our world, the multi-million-pound brands and advertising agencies. There is already talk that Instagram will soon start charging to take a cut from all those who have made their fortune on the platform and much concern over the implications this will have for the industry. Many influencers have seen their careers demise through one wrong comment or post. Just as in the distorted reality of 1984’s Oceania, fear over such a precarious future and lack of trust, undoubtedly leads to an epidemic of paranoia. We have seen so many examples of careless, knee-jerk reactions by the influencer community in a desperate attempt to protect their reputations and more importantly, their income streams. There have been endless tales of influencers blocking and ‘shutting-down’ people, threating legal action, doxing and setting up fake accounts falsely accusing their followers. There was recently a story in the press about an influencer who was so terrified of her position and the criticisms she faced online, that she set up her own trolling account, even posting derogatory remarks about her friends and family in an attempt not to have her real identity revealed. Another influencer has allegedly faced complaints from followers to brands she has partnered with. In an attempt to save her career, she has started private messaging the complainers directly to confront them. This raises many issues regarding personal details and emails falling into the wrong hands, not to mention the disregard of the latest General Data Protection Regulations. These examples illustrate how paranoia can control someone’s behaviour negatively. It is getting to the stage where it is almost impossible to decipher between what is real and what is fake in the influencer community. There are so many lies, falsehoods and fake news, that the only truth prevailing is that there is no truth.

So, what is the answer? Well, in the same way that George Orwell appeared to know where the future was heading, he also knew how man should behave in the modern era to ensure his future happiness. Orwell’s answer is remarkable: mainly for its simplicity. In all of his work, Orwell was trying to educate us with the belief that if we behaved decently then the world would be a decent place. In short, human beings should behave better. And yes, it really is that simple. 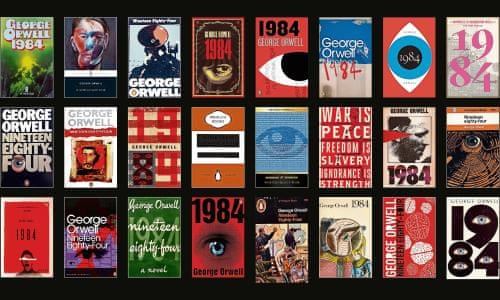 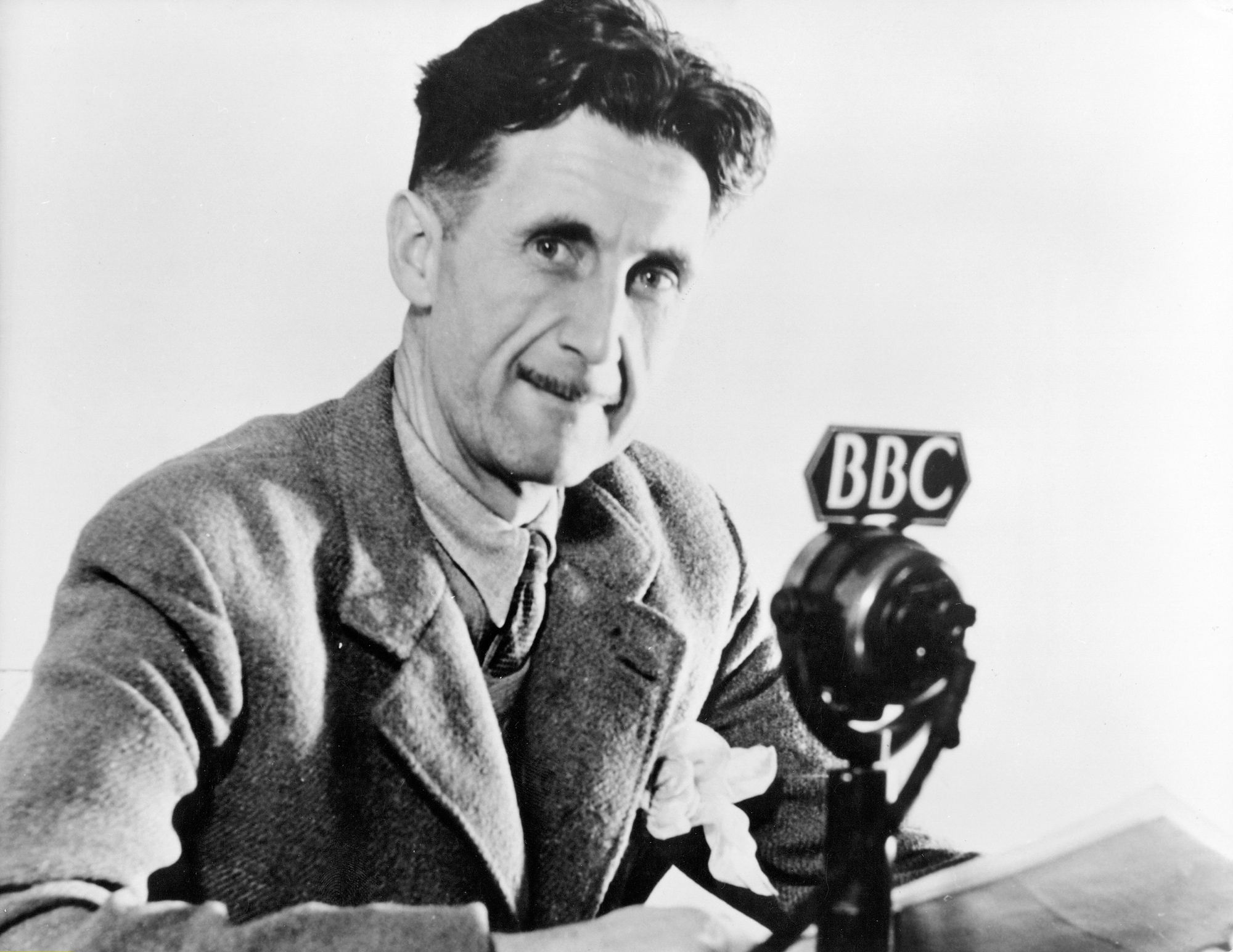 One thought on ““It was a bright cold day in April and the clocks were striking thirteen.” George Orwell: Predicting the Truth of our Social-Media Age.”