We have all heard of Paul Burrell or Princess Diana’s Rock as he would prefer to be called. The obsequious Burrell has pretty much made a fortune from his association with the late Princess of Wales. He’s been on reality shows such as Big Brother and I’m A Celebrity Get Me Out of Here. He is a frequent guest on chat shows and he is even much admired by our American cousins for his knowledge of Royal etiquette and tradition.

However, very few of us will have heard of Billy Tallon, who was for over fifty years a servant in the Royal Household and for much of that the personal page and sometime confidant of the Queen Mother. If you can remember the times when the Queen Mother would appear at the gates to Clarence House on her birthday in August, then chances are you have seen Backstairs Billy in his white tie and tailcoat, complete with his medals for long service. William was asked many times and offered a fortune to reveal the secrets of the Royal House of Windsor, but Billy took his secrets to the grave and would never have done anything so crass as betraying those whom he served so loyally, even when the Queen Mother died, and Billy was expelled rather abruptly from his employment and position of privilege. 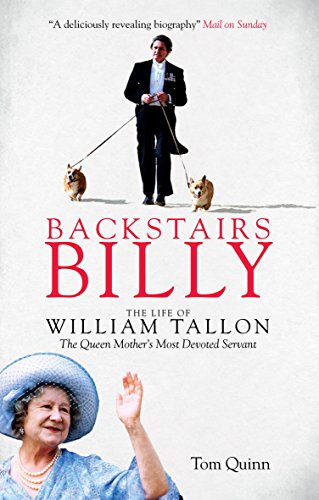 This was a very easy book to read and contained some fascinating insights into the life of the Queen Mother, who lived very much as though she were still the Queen. Most of her days were spent drinking gin and Dubonnet and entertaining a wealth of guests. The Queen Mother loved dancing and Billy was frequently called upon to partner her. She seemed to have indefatigable energy when socialising. Yet she very much missed her husband who died so young and her evenings were given to eating a simple supper in front of the television. The Queen Mother also had something of a penchant for chocolates and living la dolce vita. Billy lived a somewhat charmed life as her favourite and he and his long-term-partner, Reg, benefited substantially from the finest wine and gifts of trinkets from the Queen Mother including family portraits and paintings as well as unwanted antiques.

The book explains how Billy had always desired to better himself by working in service for the Royal Family. During his youth he would write letters to Buckingham Palace enquiring about vacant situations. His biographer claims that Billy always had an air of being somewhat above his working-class roots in Coventry. Billy began working for the Royals as early as 1951. He served the Queen and at one time the Duke and Duchess of Windsor, but he began working for the Queen Mother in the mid-1950s and stayed with her until her death in 2002. The Queen Mother had assured Billy that he would have a home for life in the grounds of Clarence House. However, this never transpired. Mainly because Billy had upset far too many members of Palace officials. He was immediately sacked and ended his days in the far more modest surroundings of a small flat in Kennington. Billy died in 2007, a mere five years after the Queen Mother.

I enjoyed the royal titbits, many of which were written in a somewhat gossipy manner. However, the book made much of the duality of Billy’s character and focused a little too unnecessarily on his promiscuous, homosexual lifestyle, outside the palace walls. 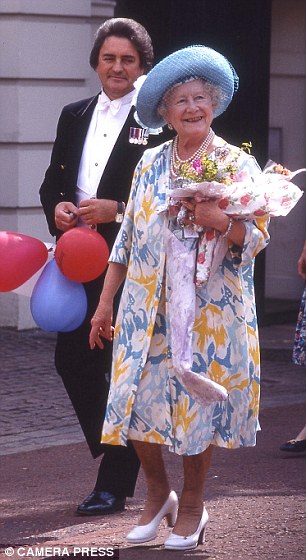 The book dwells on some of the unsavoury incidents described by palace staff, who clearly had an axe to grind. Is it appropriate to judge someone who has died, on their personal life? Surely what happens behind closed doors should remain that way? Billy clearly meant a great deal to the Queen Mother and supported her through the fifty years of her widowhood. He continued to remain friends and be held in high regard by other royals such as Prince Charles and Lord Snowdon. It was also rather churlish that after Billy’s death, Channel 4 made a salacious television documentary focusing on those who had come into conflict with Billy during his lifetime. This seemed even more inappropriate given that Billy was no longer around to defend himself. If we are to judge, then surely the fact that Billy was always the height of discretion is a far greater achievement than petty squabbles in the servants’ quarters and it is perhaps a lesson that the tittle tattlers such as Paul Burrell could do well by learning.