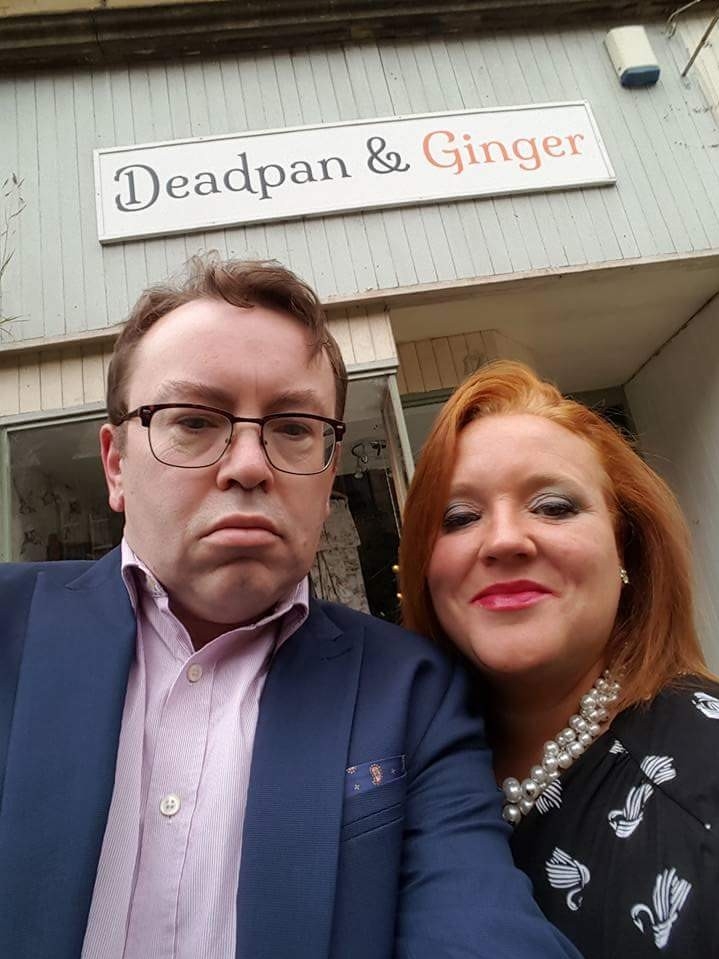 It’s not in my nature to gush endlessly about something. But it is nearly Christmas…and this is meant to be the season of goodwill and happiness… so why not?

Every day I pinch myself. I can not believe how lucky I am in being very happily married to my husband. Life has not always been easy for me, but the past eight years have been quite wonderful, having him at my side. I am not trying to be smug or even twee. But this is the truth. My husband makes me a better person and I am so grateful to him for making me and my children happy and contented.

I don’t want to dwell on the past. Some of it is not that good and there really is no benefit in talking about things that could upset my children one day. For many years I was on my own with my children. I was very happy with just the three of us. We relied a lot on my Dad for additional childcare, as I worked full-time. I had some very good friends and therefore we had plenty of occasions to socialise and people to go on holiday with. I saw myself very much, as being on my own for the rest of my life.

One day an advert came on the television for E-Harmony, a dating site that supposedly matched you to someone who had a complementary personality to your own. My son looked at the advert and said to me, “Mummy you should do that. You should have someone to look after you. You look after us but who looks after you?”” I didn’t give it much thought. I was happy in my bubble. Then he mentioned it again and I started to mull it over. I had a very good friend at the time who did my nails and when I mentioned it to her, she agreed that I should consider it. I worked in an all-female environment. I socialised with my friends who were mainly female, and we did family things. I rarely met anyone of the opposite sex. What harm could it do? After all it would be nice to have the odd bit of male company for a trip to the theatre or cinema. Nights can be very long on your own and I can remember wishing sometimes I had someone to snuggle up and watch a DVD with. Thus, one night when the children were in bed, I decided to join.

You had to do an online personality test and then it would match you with the person who was most suited to your personality. I was very sceptical. I’m sure this would work if people were honest, but how many people when completing a dating profile are wholly honest? Over the next few months, I went on the odd few dates, but most were an absolute disaster. There was the time when a guy offered me some coke at the end of the evening, to which I naively said, ’But I only drink Diet Coke!’ I would get sent so many ridiculous pictures of male genitalia and so many creepy requests, that I was on the verge of giving up on it. To top it all off, most men faked their profile picture and I recall meeting a man who looked forty-odd with a full head of hair in a photo and then turned out to be nearing sixty and fully bald.

I decided to give it one last go when I saw a picture of a guy named Jonathan singing into a microphone at a karaoke bar. It said that he was a couple of years younger than me and that he lived in Barnsley. Geography has never been my strong point and I remember thinking that Barnsley must be quite near to Nottingham. I was convinced that Barnsley was where Chesterfield was. I sent a message to introduce myself and we started to chat using the online messenger. Our conversations were very innocuous. He liked football and he liked snowboarding and travel. It didn’t really match my life much but at least he didn’t send me any rude pictures or suggestive comments. We then moved onto the odd text and eventually at the end of September, we spoke on the phone and arranged to meet one evening in Nottingham. It turned out that Barnsley was further away than I realised and so he said that he would book a hotel for the night in Nottingham.

My Dad came to collect the kids that Saturday afternoon and I was due to meet my date at about seven in Nottingham. I was so tired from working and looking after the kids, that I decided to have a short lie down to relax for a bit before my date. I remember thinking, ’I’ll have a five-minute power-nap to restore my energy.” That five minutes turned into two hours and when I woke up, I realised I had a lot of messages and missed calls. I was gutted that I had probably ruined my chances. I called and said that I was going to be a bit late. Jonathan was understanding and said that it was not a problem. I hurriedly got dressed and took a taxi into town. Jonathan was staying at the Britannia Hotel, just by Nottingham Castle. I got out of my taxi and could see a bearded man who looked just like he had done in the photograph, dressed in black. He seemed quite gruff and a little bit grumpy. I wasn’t surprised really as I’d kept him waiting. He looked up at said,” Elisabeth?” I nodded and we made our way into the centre of Nottingham. I can recall that I was wearing heels and Jonathan’s hotel was on a steep slope. I asked him if I could hold onto his arm to help me to walk. I think he found that a bit forward but there was no ulterior motive. I was just rubbish in heels.

That night passed in a bit of a whirl. Jonathan was incredibly funny, and he cracked joke after joke. We agreed to go on another date, but Jonathan mentioned that he was going to be very busy with prior engagements and football matches. He said that he was a bit rubbish at dating but that we would organise something. At work the following Monday, I remember mentioning to a colleague that I had been on a date with someone who was like a stand-up comedian, with all his jokes. I didn’t really expect much to happen after that. It was about two or three weeks later that we finally met up again.  I think we just went to a local pub and had a curry.

The next few dates were very slow. There were no thunder claps, no grand gestures, just easy-going happy trips to the cinema or to a restaurant. We laughed a lot. We also discovered that we shared a love of horror films and so we started to buy DVDs from HMV and watch them every Saturday night in my bungalow.  We discovered a shared interest in music. Jonathan introduced me to Elbow and I remember once when he made me listen to ‘Starlings’ and he told me that it was the most beautiful song ever written and it expressed how he felt about me.

Jonathan never played games with me. What you saw was what you got. He never pretended to be anything other than what he was. If he said he was doing something, then you knew that he was.  That level of honesty and trust encourages you to respond in the same way. I felt that I had to be honest. I was reluctant to let Jonathan meet my children until I was certain about him, but I didn’t want him to think that I was a single woman with no responsibilities. When he did finally meet my children, we were certain that we had a long future in our relationship. I didn’t want him to be a father-replacement, instead he became known as ‘Jonny’ to them both. I think Jonathan defines what a true step-parent should be. He has always accepted that their well-being and happiness comes before anything else in this family.

Our relationship was founded on a friendship that grew organically into a very deep love and for that reason I can see myself with Jonathan for the rest of my life. Yesterday at a funeral, it made me think about losing him and that is something that I really don’t think I could ever cope with. There is a great poem by one of my favourite poets, Philip Larkin, about meeting someone in later life. I read this at my wedding to Jonathan. There is something so bitter sweet about happiness coming at such a late phase.

We met at the end of the party
When all the drinks were dead
And all the glasses dirty:
’Have this that’s left’, you said.
We walked through the last of summer,
When shadows reached long and blue
Across days that were growing shorter:
You said: ‘There’s autumn too’.
Always for you what’s finished
Is nothing, and what survives
Cancels the failed, the famished,
As if we had fresh lives
From that night on, and just living
Could make me unaware
Of June, and the guests arriving,
And I not there.

I remember when we married at the registry office in Barnsley, the Registrar couldn’t help but cry, as she mentioned that she was struck by how happy we were. Yet we have experienced sadness too. Jonathan and I were not successful in having our own child. I sometimes wish we had met sooner and then perhaps I would have had a smoother journey through life. Yet on the other hand, perhaps it was in having those bumps in my journey that made me appreciate how lucky I am now? My husband is incredibly kind. He loves to treat me with tiny gifts every week of flowers, perfume and candles. He is truly my best friend and there is no one more that I would sooner spend time with. He always considers the welfare of the three of us before his own and it is by the fact that he is such a patient person, that makes me a better person too.

He teaches me how I should behave by his behaviour. And for that, I am truly grateful