I love Jo Brand. No one can make me laugh as much. A few years ago she wrote a comedy set in the NHS called Getting On. It detailed the interaction between the staff and patients on a geriatric ward. It was shown quite late on BBC4 and it never received the recognition that it deserved. The funniest episode had to be when a memory stick containing photographs of many different examples of vaginal atrophy was mixed up with photographs for the hospital’s Christmas Card competition. Brand’s written some great autobiographies as well as her latest book Born Lippy: a sort of life guide for those who like their advice with plenty of wit and satire. One of the funniest jokes is, ’Just brought my husband home from hospital where he had to have fifteen stitches removed. That’ll teach him to buy me a sewing kit for Christmas!’

I was really looking forward to this film. In her early life,  Jo Brand worked as a psychiatric nurse and this film is evidently based on her dealings with people who had bipolar or manic depression, as it used to be known. Her experiences working in the NHS are detailed in her first autobiography, with plenty of Jo’s unique self-deprecating comedy and pathos.  No one does comedy as well as Jo Brand but the main issue with this film was that there was very little comedy. 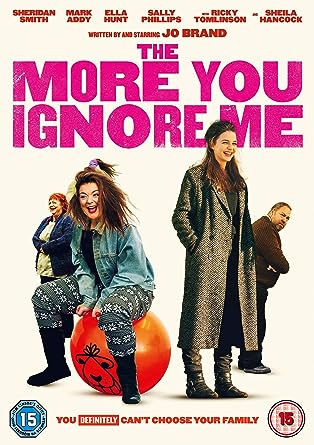 The story itself has no similarities with Brand’s own upbringing, which by all accounts was pretty nice and middle class. The film tells the story of a girl named Alice and her relationship with a mother who has severe mental health issues. The film claims that it tells the story of Gina, played by Sheridan Smith, who is unable to be a good wife and mother because of her declining mental health. I failed to see that the mother had ever attempted to be either of these because she seemed so self-absorbed and incapable of thinking of anyone else but herself. Sheridan Smith is usually a great actress but for some reason in this film, she descends into ham-acting. It probably doesn’t help that she is forced to wear a wig that seems to be moving more than she does. She plays this part like an amateur in a church hall attempting to play drunk rather than suffering from mental illness. Most of her attacks descend into farce rather than the terrifying nature of psychosis and mania.

I hardly ever mention this, but I grew up with a parent, who for a variety of reasons, had a lot of mental health issues. When you are a child, you tend to normalise everything. I thought for years that everybody’s mother hid in the wardrobe crying and had little pill bottles with cotton wool in the top. As difficult as my parent could be, it wasn’t always that way. There were intense moments of happiness and I did believe that I was loved. In this film, all we ever see are the moments of anger, rage and lack of inhibition or the times when Gina is so drugged up and spaced out that she can barely notice anyone or communicate. That is why you simply can not believe that the characters are a strong family unit. In this way the film seems very one-dimensional. Against this backdrop, it is no wonder that the teenage Alice seeks solace with her boyfriend Mark, as well as developing a crush on Morrissey. The Morrissey link appears as though it has been tagged along just for the element of nostalgia. The plot seems to go in a direction that seems neither credible nor realistic. 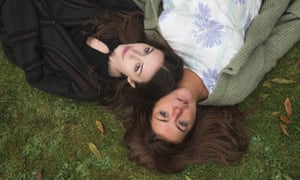 There is no doubt that Ella Hunt who plays Alice is a fine actress and had she been given more of a chance to interact in a positive way with her Mum, then we might have understood her frustrations more. Without giving away any spoilers, I found the ending incredibly rushed and I just couldn’t see it happening.Jo Brand has a brief cameo role in the film as a local shopkeeper. Again she is let down by a very overbearing wig which is far too distracting and more akin to something Joan Collins might have worn in Dynasty.

This is not the worst film I have seen recently, but as my Dad always says, ‘I’m glad I didn’t pay to see that at the cinema.’ Jo Brand is a great comedian and her one liners are the best. Sadly, this film didn’t feature either and that was its downfall.

Two stars: For trying to tackle a difficult subject.