Today for #Blogmas Day 2 I am going to tell you about a museum in Manchester that is probably one of the most welcoming and educational places to visit to gain an understanding of Victorian life and literature. It is Elizabeth Gaskell’s House at 84 Plymouth Grove. M13 9LW and it is open on Wednesdays, Thursdays and Sundays from 11am until 4:30pm.

Elizabeth Gaskell is known to me with my love of the Brontes, as she wrote The Life of Charlotte Bronte. She lived at the house from 1850 until her death in 1865. Elizabeth Gaskell was a prolific writer and novelist who wrote five novels and many short stories, as well as novellas. She is noted for her depictions of Victorian society. Elizabeth Gaskell was married to William Gaskell, who was a Unitarian minister. The Gaskells were incredibly sociable and their circle included many writers and journalists as well as social reformers, such as the Darwins, the Nightingales and the Wedgwoods, as well as Charles Dickens and John Ruskin.

When the Gaskells lived at Plymouth Grove, Manchester was the third largest city in Britain with a population of over a quarter million. Manchester was a city of rapid industrialization during the Victorian era with its mills and factories. Yet workers faced long hours, low wages, poor housing and sanitation, and the fear of unemployment and destitution. With their Unitarian faith, William and Elizabeth, were active in practical initiatives to provide poor relief and education.

The House was restored when the Manchester Historic Buildings Trust commenced a restoration project in 2009. The restoration cost over two and a half million pounds and was completed in 2014. The building was reopened to the public in October of the same year. The ground floor of the house has been restored to show what 84 Plymouth Grove would have looked like during the Gaskells’ residence. A number of period items of furniture from Manchester’s art galleries and the John Rylands Library have been borrowed in order to recreate the Gaskells’ study and other rooms. It has been beautifully restored. 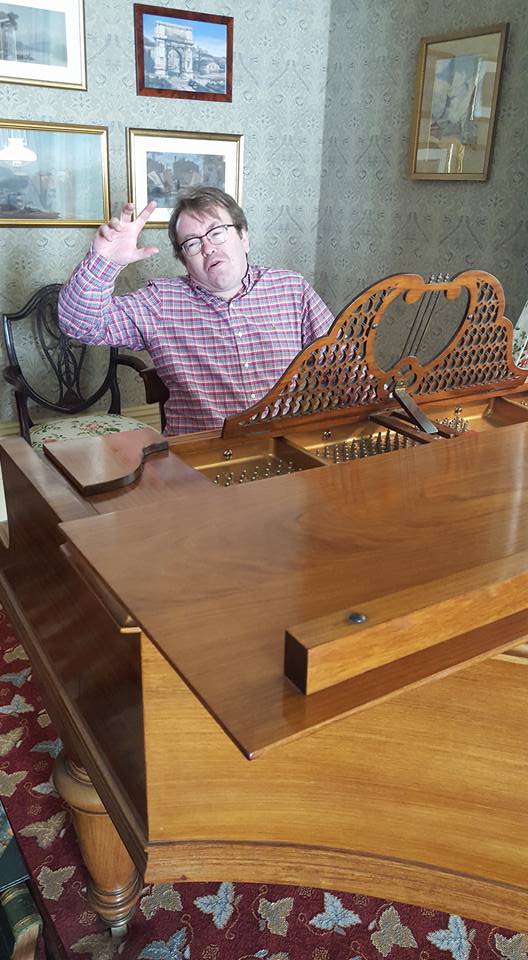 When we visited the house, we were struck by the museum’s incredibly knowledgeable staff who spent a great deal of time with us discussing the items in the downstairs rooms and encouraging us to touch and interact with the objects. We were told to sit and write at the desk, to try out the piano and to sit at the dining room table.  I was struck by the incredible attention to detail in the restoration. The chintz for the curtains and loose covers is based on a design from the mid-Nineteenth Century and the carpets have been woven, using Victorian patterns preserved by a mill in Halifax. The fireplaces, sourced locally, date from around 1840 when the House was built and the light fittings have all been converted from gas to electricity.  Further research identified the original paint colours and the styles of the wallpapers.

The house displays some original items which have been loaned by Elizabeth’s descendants and include Elizabeth’s wedding veil, some of her Paisley shawls and miniatures.  There is also a short video about the Gaskells and the house.

The upstairs of the house has a number of rooms and performance spaces dedicated to educational work, literary and community events. Just as in Elizabeth Gaskell’s time, the house is a hub of events. There is always something happening from literary and historical lectures and book groups to weddings and sewing bees. I always recommend to my students to visit the House as one can gain so much from learning how the Victorians lived. There is a lovely tea room and also a second hand and new bookshop. If you have yet to visit, then I strongly urge you to do so. It is such a wonderful museum and the welcome guests receive is second to none! 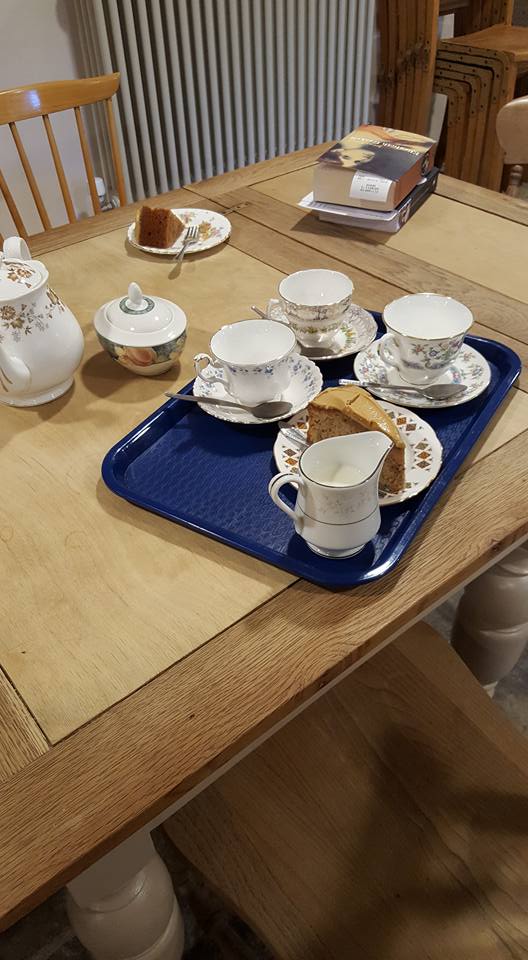