Every afternoon, as they were coming from school, the children used to go and play in the Giant’s garden. It was a large lovely garden, with soft green grass. Here and there over the grass stood beautiful flowers like stars, and there were twelve peach-trees that in the spring-time broke out into delicate blossoms of pink and pearl, and in the autumn bore rich fruit. The birds sat on the trees and sang so sweetly that the children used to stop their games in order to listen to them. “How happy we are here!” they cried to each other.

Thus, begins one of Oscar Wilde’s most beautiful children’s short stories.: The Selfish Giant. My parents had a copy of it in a Reader’s Digest volume, that I would regularly read throughout my childhood. I also used to love reading The Happy Prince, a tale of how a bejewelled statue gives away the priceless adornments on him, to feed the poor.

I recently watched the film; The Happy Prince about Wilde’s last exiled days and I was so struck by the poignancy of it that I decided to reread some of Wilde’s work and research more about him. Oscar Wilde really was a genius with his wit and intelligence. Many sayings that we still use today come from his incredible mind. Sayings such as ‘Women are made to be loved; not understood’, ‘Experience is simply the name we give our mistakes’ and ‘Always forgive your enemies. Nothing annoys then so much.’ Chances are that if you find a quotation about the human condition that you admire, then it is most likely to be of Wilde’s creation.

Oscar Wilde was born in Dublin in 1854, the second of three children to Sir William and Jane Wilde. His father was a leading ear and eye surgeon and his mother was an Irish poet who wrote under the pseudonym of Speranza, meaning ‘hope’ in Italian. The family home was a unique medical and cultural environment. Oscar was taught at home until he was nine and became fluent in French and German, from an early age. In 1871, Wilde gained a scholarship to study at Trinity College and so impressed with his intelligence and academic ability, that he gained a demyship to study further at Magdalen College, Oxford. At Oxford, Wilde became known for his interest in the aesthetic and decadent movements. The aesthetic movement supported the idea that the arts were created mainly for their aesthetic qualities rather than in support of social and political themes. The decadent movement  delighted in the perverse and crude. At Oxford, Wilde was known for his somewhat eccentric and extravagant lifestyle , once famously declaring that, “I find it harder and harder every day to live up to my blue china.”

After Oxford, Wilde drifted for a time before finally setting up home in London. In 1861, he started to become successful when a collection of his poetry was published and it was well-received. Wilde travelled to America where he lectured and was perceived as an advocate for the Aesthetic Movement. Wilde married Constance Lloyd in 1881 and they had two sons; Vyvyan and  Cyril.

Wilde moved on to become something of a journalist by contributing to several periodicals including The Pall Mall Gazette and the Woman’s World magazine. Journalism suited him and enabled him to become something of a celebrity. Wilde continued to write as well as publish stories for children and shorter fiction. In 1890, he published the first version of his novel, The Picture of Dorian Gray in Lippincott’s Magazine. The story concerns a man, who wishing to live a hedonistic life, sells his soul to retain his youth and beauty. The book has led to the popular saying, ’You must have the proverbial painting in the attic.’ At the time, the novel shocked for its decadence and homosexual allusions. It was eventually revised and republished in novel form in 1891 with considerable reworkings.

Wilde also wrote plays. The earlier works- Vera and The Duchess of Padua had little success. Wilde wrote in French the tale of Salome, who requests the head of John the Baptist on a silver platter. At the time it was forbidden by the Lord Chamberlain for actors to perform any biblical characters on stage. However, it was his society comedy plays that gained most acclaim: Lady Windermere’s Fan, A Woman of No Importance, An Ideal Husband and later, The Importance of Being Earnest. These plays were highly successful because they were well-pitched to their audience in late Victorian times.

In 1891, Wilde began a turbulent relationship with the incredibly spoilt, Lord Alfred Douglas, also known as ‘Bosie’, who was an undergraduate at Oxford. Wilde and Douglas were frequently indiscreet at a time was homosexuality was a crime. Wilde started to use young male prostitutes and became addicted to the danger and secrecy of such an underworld. It was to become much more dangerous and ultimately led to his downfall.

In 1885, Bosie’s father, the Marquess of Queensbury, who was violently opposed to the relationship between Wilde and his son, left a card at Wilde’s club, The Albemarle, declaring that Wilde was, a ‘posing Somodite(sic)’ Wilde, against advice, issued a private prosecution against Queensbury for libel.  The law was that, Queensbury could only be left off this crime if the comment was found to be untrue and that it was in the public’s interest to make the accusation. Queensbury’s lawyers hired private detectives who provided evidence of Wilde’s homosexual affairs. The evidence was overwhelming against Wilde and detailed every salacious encounter with male prostitutes or cross-dressers. Wilde was arrested and found guilty of sodomy and gross indecency. He was sentenced to two years hard labour. His reputation and career were ruined.

Wilde’s time spent in Newgate, Pentonville, Wandsworth and finally Reading Prisons was harrowing and destroyed him. He was made to walk on a treadmill and then to separate fibres in scraps of old navy ropes. At first his only reading material was The Bible and John Bunyan’s The Pilgrim’s Progress but he was eventually permitted to have access to some books and reading materials. When he was finally released in 1897, he went to live in exile in France and never returned to England. He died in poverty in 1900. The cause of death was most likely meningitis. He was originally buried in a cemetery just outside of Paris but in 1909, his remains were transferred to the famous Père Lachaise cemetery in the heart of Paris. Wilde’s grave is a huge tomb depicting a modernist angel.

Many people remain fascinated by Wilde’s story. It is a story that we must never forget because it shows how badly the LGBT community have been treated. Wilde was officially pardoned in 2017 but this goes little way to repair the suffering that he endured and that led to his premature death. Wilde’s family never fully recovered from his incarceration and his sons changed their name to Holland.

No one can ever underestimate the influence that Wilde has had on our culture as well as our literature. Robert Ross, Wilde’s most loyal friend and literary agent, who is also buried in Wilde’s grave, probably put it best when he said in 1900:

“Later on, I think everyone will recognise his achievements; his plays and essays will endure. Of course, you may think with others that his personality and conversation were far more wonderful than anything he wrote, so that his written works give only a pale reflection of his power. Perhaps that is so, and of course it will be impossible to reproduce what is gone forever.” 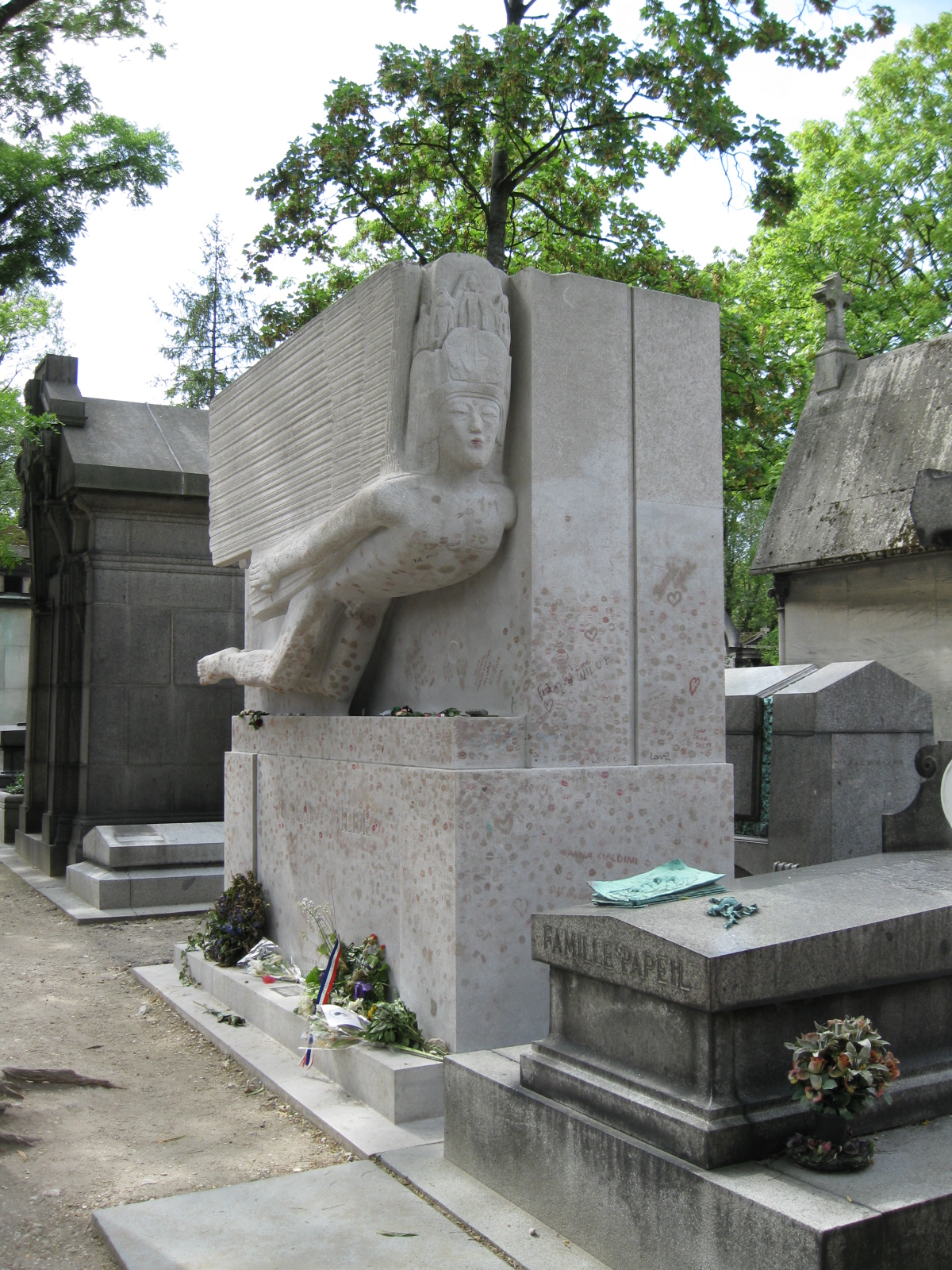