In 2017, amongst much somewhat unfair, guffawing and sniggering, Hull was announced the UK City of Culture. Unlike many people, I felt quite proud of Hull when I heard this. I wasn’t born there or raised there, in fact I haven’t been for over 20 years. Yet Hull holds a much more poignant place in my heart, as it where I spent some of arguably the best and most formative years of my life; at university between 1987 and 1991. 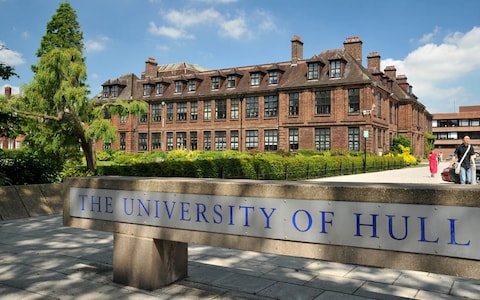 The very petite and chronically naïve, curly-haired redhead that I was, ended up there by total accident.  I’d only gone to Hull on the premise of a quick look around as a back-up. However, unlike most other universities I had visited, it seemed so small and compact. It wasn’t such a huge leap into the World. I liked the fact that everyone went around on bicycles, it had attractive buildings and most of all it was flat. It had a wealth of bargain basement stores and second hand junk shops. Perfect for making my money go further. Of course I didn’t tell my interviewer this, the great lecturer, Mervyn Poole. I made much of my love of twentieth century French literature, the chance to study bawdy Medieval texts and a desire to learn about French art and culture. Contrary to what I had been led to believe about the solemnity of a university interview, Mervyn Poole made me a cup of tea and instantly put me at ease asking me if I’d studied any works by,

‘The less well-known sister of Jane Eyre…….. Molière.’  It was more of a nice chat with a cup of tea.  As I hadn’t yet ventured into Restoration comedy he settled on my favourite text, ‘L’étranger.’

‘So let’s start with a nice easy one shall we ………Why did Meursault shoot the Arab?’  I can remember the shock of such a question. For this is the question that philosophers and critics have debated for years with seemingly no definitive answers. Just as I began to fumble over my response, Mervyn Poole let out a huge rip-roaring laugh and said, ‘Only joking. Did you enjoy it?’ I then responded with my full A’level study guide response complete with key quotes and references to the text. He evidently liked it as it made him ask me what sort of an offer I was looking for. I think I realised I was in a win-win situation as I already had a really low offer from Birmingham, and so I risked my hand and asked for an unconditional offer.

That’s how I ended up in the back of the Saab 90, being driven ninety miles away from Nottingham to University by my parents. I don’t think I really knew what to expect. My experience of the world was so narrow that I thought being rebellious was sharing a can of Woodpecker cider on Wollaton Park with my two best mates. Then having to eat a whole pack of polo mints to try and mask the smell from my parents. My Mother had been forced to get married at nineteen as she was pregnant and was adamant that no such fate would befal me. Her wish was granted because her warnings scared me so much, that for several years I believed that sex under eighteen was physically impossible and I would spontaneously combust if I even attempted it.

Hull in the late eighties was a really exciting place to be, especially for a newborn adult and contrary to popular opinion, it didn’t smell of fish. There was suddenly a lot of interest in the town after the success of the Hull-based band, The Housemartins.

Rumour had it that they still lived in Hull and would regularly patronise the pubs on Beverley Road or the Student Union. Roland Gift from the Fine Young Canibals used the local swimming baths. There was even a spot by the shop in the union building where Everything But the Girl had once snogged. It was a wonderful time to live there for a student. In an age when noone asked for ID, you could regularly get drunk on a few pints of purple nastY, so called because when you vomited it the next day everything turned purple! The nightlife was cheap and cheerful, full of make shift clubs which resembled more of a church hall or someone’s front room than a night club. Clubs like the Welly and of course Spiders. Occasionally we’d visit one of the town clubs such as Lexington Avenue, the Tower or Romeo and Juliet’s but it had to be student night.  I saw some great bands in those days; The Proclaimers, Texas, Courtney Pine not to forget Frank Sidebottom, my great University obsession. Hull had cool, white telephone boxes as it had its own independent, and much cheaper exchange. Hull also had its own almost retro 1970’s version of a supermarket called Grandways, with a flourescent orange logo and a character called Mr Pricelow.

The French course at Hull was incredibly illustrious and had I been a lot older and certainly more mature, then I think I might have appreciated its breadth a great deal more. The Brynmor Jones library was well-known for its association with Philip Larkin, although he had long since retired. However, it had to be one of the coolest places to hang out and even do a bit of studying. In an age before the internet, they had a wonderful messaging service called GEMS, where you could send a computer message to anyone on campus to retrieve when they returned to the library. It seemed like cutting edge technology at the time. 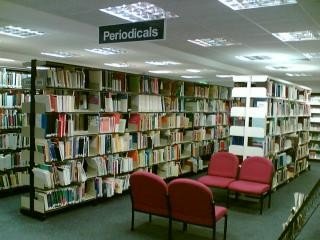 In my first year I stayed in the illustrious and somewhat luxurious surroundings of Ferens Hall in Cottingham. The food in halls was pretty shocking in those days with added protein provided by insects and we ended up living off marmite toast instead.  I certainly met some characters there and it was quite an education in life for a girl who came from a middle-class and single-sex school background. There was Barry, the ex-serviceman, who would frequently talk about his colourful sex life (I think it was only many years later that I understood most of what he told me) and would proudly inform us that he could kill a man with one hand. To which we frequently retorted,’But what if he had two hands Barry?’ There was also ‘Big John’ a man who was so called as he was literally huge- nearly 7 foot tall. Big John’s special skill was that he could make any subject incredibly boring. He had an almost sing-song style of droning speech so that it was not unusual for people to fall sound asleep in his company.

By the second year we had moved into a tiny dilapidated terrace house on Princes Road owned by a landlord affectionately nicknamed ‘Cowboy Bob’. Incrediby cheap at only twelve pounds a week rent, it had no central heating just a few gas fires that worked on occasion, as well as a bathroom extended onto the back in what was little more than a shed. In the winter we’d wash in buckets in our room rather than risk the arctic conditions of the bathroom. I remember going to pay our rent to him as he lay in bed in his ‘penthouse’ on De Grey Street, little more than someone’s converted attic. We told him we were short of cupboards, so one day he came round with a new unit to insert next to the chimney breast. It didn’t quite fit in the recess and so Bob just got out his hammer and knocked a chunk out of the chimney to accommodate it. Whilst we were living there the house was condemned and eventually demolished to become a car park. I suppose it was possibly the best improvement that house had ever had.

In my final year I went upmarket and paid sixteen pounds a week to share a flat in Suffolk Street near to Beverley Road. There was always the ‘Beverley Road Run’ where the aim of the exercise was to visit and drink in every pub on the road. I don’t think we ever made it past the second pub but it was great fun trying. I have such fond memories of going into Pearson Park and just lying there doing very little apart from reading or eating ice cream.

My final year was also the time when new, trendy places started to pop up by the docks and you could see that Hull was starting to update itself. By the time I left they were already well on their way to a deliberate programme of rejuvenation and renewal. A new era was dawning and it was time for me to pack up my frizzy hair, my bike and Doc Marten’s and move elsewhere.  At my graduation ceremony in the town centre I remember the speaker that day telling us that these would one day be seen as the best years of our lives. I don’t think I ever realised until much later, how right he was.

One thought on “Why my time in Hull was anything but dull.”