Last night one of my students asked me if I came from the same place as the Queen, as according to him, I sound ‘posh’, just like her. I found this quite funny. In truth I come from Nottingham and I’m pretty sure that the Queen has never spent any length of time living there. I love Nottingham. It’s a great city and it has a lot to offer. However, the Nottingham accent, considered by many actors to be one of the hardest to replicate, is also one of the most unpleasant sounding accents, not least because every single word that ends in ‘y’ and ‘ie’ is replaced with ‘eh’. It is almost like a mild Yorkshire accent crossed with a West Midlands accent. I do not have a Nottingham accent and some people from Nottingham do not sound anything like me.

In this month’s Grazia magazine a journalist called Jessica Hope Evans has written a piece in which she complains that her ‘working class’ Liverpudlian accent means that she faces a great deal of prejudice in London. Apparently, she is judged for being a working-class Northerner.

‘I actually lost a job at a high fashion magazine because they actually said I wasn’t “on brand”,’ she explained. ”There was nothing wrong with my work or my ideas, but it was just me. And I kind of felt as soon as I was on the desk I stuck out like a sore thumb. I’ve got a working-class background, obviously I’ve got a Scouse accent, so they let me go.’

I just couldn’t get my head around this idea. I am not saying that the journalist is incorrect in her assumption, but I’ve always believed that if you do come from a working-class background then one of the first things you do to achieve success in life, is to ensure that you do not speak with a strong accent. To me, it is as much a part of an education as formal qualifications and life skills. 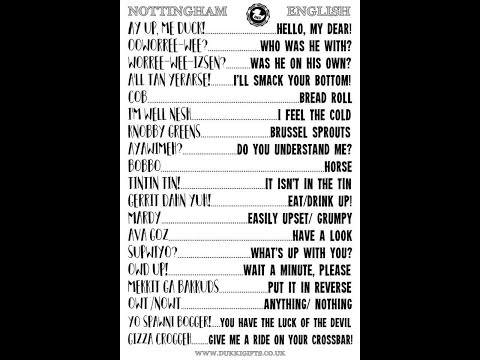 This life lesson was drummed into me from an early age by my Mother. I can vividly recall her shouting at me, ’Elisabeth. Watch your English!’ especially if I said anything that ended in ‘eh’. I suppose if Jessica Hope Evans is playing the working-class card, then I could equally use that. My parents may have come from a working-class background, but they were aspirational and wanted to move on from being defined by the class system. My Dad left school at fifteen, having been sent to a Secondary Modern School. He started his working life as an apprentice in John Player’s factory. Yet, he ended his working life as a lecturer. I think my Mother probably forced my Father’s accent out of him, as well.

My Senior School was academically-selective, and they gave us Spoken English lessons. It wasn’t as bad as some of the exercises Eliza Doolittle must learn in ‘My Fair Lady’, but it was slightly strange. We would be made to repeat sentences over again, changing intonations and pronunciation. One I particularly remember was, ‘Do appearances matter?’ Clearly it must have worked, as of all my school friends that I am still in touch with, speak without a Nottingham accent and in a similar way to me. Speaking correctly was an integral element of our education, as it enabled us to communicate effectively. It also ensured that we were not judged by people. Whether we like it or not, intelligence is measured partly by how we speak. If you go for a job interview, then you want them to see the best possible version of yourself.  You wouldn’t use swear words in an interview so why wouldn’t you speak clearly as well?

I am not advocating that we should all speak with received pronunciation. My husband speaks with what I would call, a strong Barnsley accent. There are many accents that are very beautiful to listen to. I love reading books about Nottingham dialect. Such gems as, ‘Eyya gorrowt?‘ – meaning have you got anything? or ‘Gizagoo‘ meaning it’s my turn now.  Yet I do believe that we should have clarity in our communications. It is very much akin to how I explain to my students an author’s use of language. In everyday life, we alter our language to suit the audience. So, how you speak to your friends and family is very different to how you would choose to speak to your boss. As an English teacher it is vital to set a good example and to model the language that I want my students to use. I need to speak clearly. If I spoke with a very thick accent, with a heavy reliance on dialect, then it might seem as though I am being a hypocrite when I am telling students to increase their vocabulary and write in Standard English. As a journalist, Jessica Hope Evans has built her career around language and communication, so why shouldn’t she have tried to speak with less of a strong accent? Dialect can be incredibly divisive. You only have to ask someone what they call a small round piece of bread to start an argument or ask someone how they pronounce ‘scone’?

Whether Jessica Hope Evans likes it or not, to me it seems a bit of an excuse to claim that people are dismissing her because of her strong working-class accent. I feel that she is jumping on the band wagon of ‘Woe is me, because I was born working-class!’ As a journalist, she should realise that your origins do not define your success in life. Rather making the most of the talents that you possess, does. Ta-ra Chuck!

One thought on “Ey Up Mi Duck!”