Ladies and Gentlemen…May I present a whiff of English charm and adventure?

Thus, began one of the most iconic, stylish and downright bonkers television shows of the nineteen sixties. No one can forget the leather-clad Mrs Peel, the suave and charming bowler-hated John Steed and the multitude of diabolical masterminds, intent on destroying the World. As old as I am, I wasn’t born until a few years after the series had finished, but in the mid-eighties Channel Four began to show reruns of the fourth series with Diana Rigg. The episode I first saw was Deadman’s Treasure in which Diana Rigg was strapped to a car and forced to complete a dangerous rally. As soon as I saw this strong, independent woman with her contemporary and incredibly cool fashions, I was hooked. 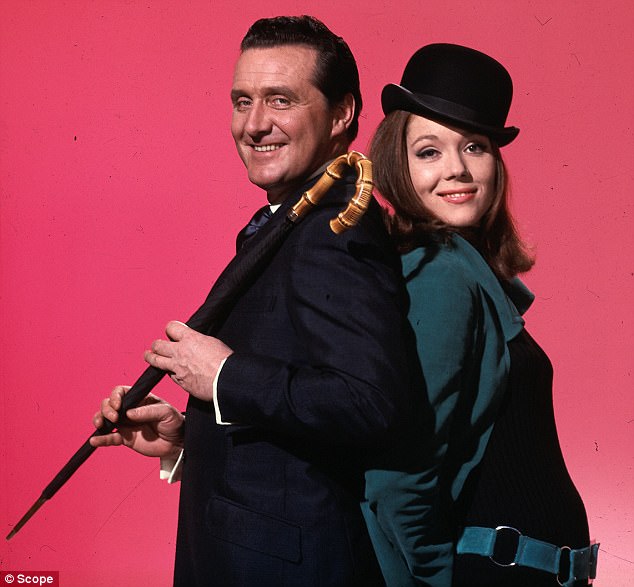 The Avengers began in the early sixties as a sort of spy series and a vehicle for the actor Ian Hendry. Hendry played Dr David Keel who was trying to avenge the murder of his fiancée, hence the title. A stranger by the name of John Steed helped him and afterwards they agreed to be partners solving crimes. The character of John Steed became increasingly popular and it was not long until he took over as the show’s lead when Ian Hendry decided to leave. During the second series, the producers decided to bring in new partners for John Steed. The partner who proved to be most popular was Cathy Gale, played by the beautiful Honor Blackman. Cathy Gale was an anthropologist,

who was not only intelligent, but also trained in judo. She had a penchant for leather cat suits, which made her incredibly attractive. There was a certain naivety about Cathy Gale’s relationship with John Steed, mixed with flirtation and much innuendo. John Steed also became more English with his Saville Row suits and bowler hat. At the height of their fame, the two stars  released a somewhat tongue in cheek record, entitled, ’Kinky Boots’.

Honor Blackman left the series and so a replacement was needed. The producers wanted a woman who had man appeal or M-appeal and thus the name of Emma Peel was born. Originally the role went to the actress Elizabeth Shepard, known for her character roles on stage. However, there was something lacking about her performance and so Diana Rigg was brought in; a relatively unknown stage actress. From the very beginning Macnee and Rigg had a great rapport both on and off screen. They also brought in a slight comedic touch and this lightness undoubtedly led to even more success. 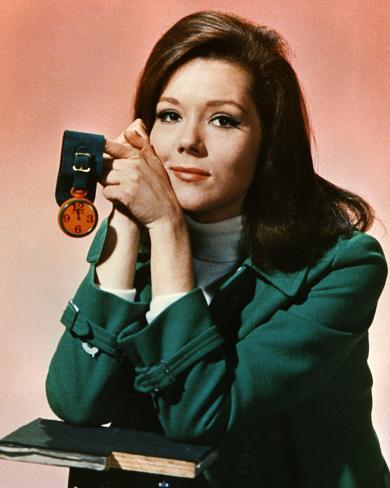 The show really took off in popularity and it started to add science-fiction and fantasy elements. Emma Peel’s outfits were space age with catsuits, leather boots and geometric prints. They were right at the cutting edge of fashion. The fifth series was filmed in colour and used more external locations and increasingly cutting-edge technology. Looking back on it now, it might appear somewhat dated, but it has a certain panache about it that could never be replicated. Emma Peel was ahead of her time. She was a revolutionary feminist. She lived alone, she was intelligent, capable of working out formulae and conducting chemistry experiments, as well as using her brains to escape from near-death experiences. She was physically strong, using a form of karate and she also looked incredibly beautiful. She wasn’t afraid to show her vulnerability at times as well as a sense of humour. Little wonder that she is perceived as something of an icon of the Sixties.

It was nigh on impossible to replace Rigg when she left to star in ‘On Her Majesty’s Secret Service.’ and become the only woman to marry James Bond. The Avengers continued but instead of choosing a veteran actress, they opted for the very young Linda Thorson, a twenty-year-old Canadian to play Tara King. The producers also wanted to add more realism to the stories.  The final series of The Avengers was dogged by poorly written scripts, dreadful costumes, disputes and Patrick Macnee seemed to be carrying the entire responsibility for the show on his shoulders. Compared to Emma Peel, Tara King seemed to lack power and strength. There are some episodes of the Tara King shows that were well-written and popular, but the show was pitched against Rowan and Martin’s Laugh-In and so never stood a chance.

The Avengers ended in 1968. There was an attempt to revive it with The New Avengers in the seventies with Joanna Lumley and Gareth Hunt, but this show lacked the same style and panache as the original.There was also a movie in 1998 with Ralph Fiennes and Uma Thurman. Looking at the show today, it is incredibly dated and is very much a representation of the time in which it was produced. Yet in many ways it pioneered the need for strong, independent female leads in serial dramas. 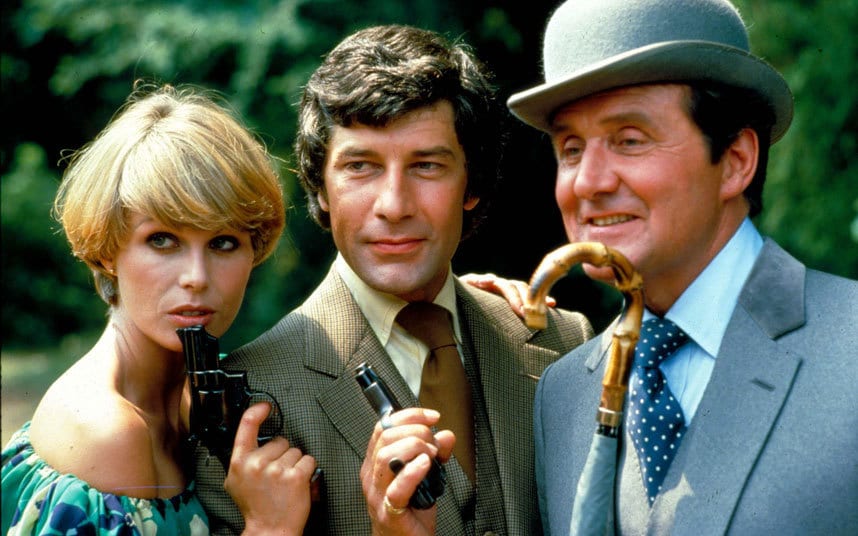 You can watch many of the popular episodes on YouTube today. If you fancy a sophisticated blend of espionage, fantasy and science fiction, as well as a highly witty, sentimental, and certainly crazy show, than you most certainly will not be disappointed. 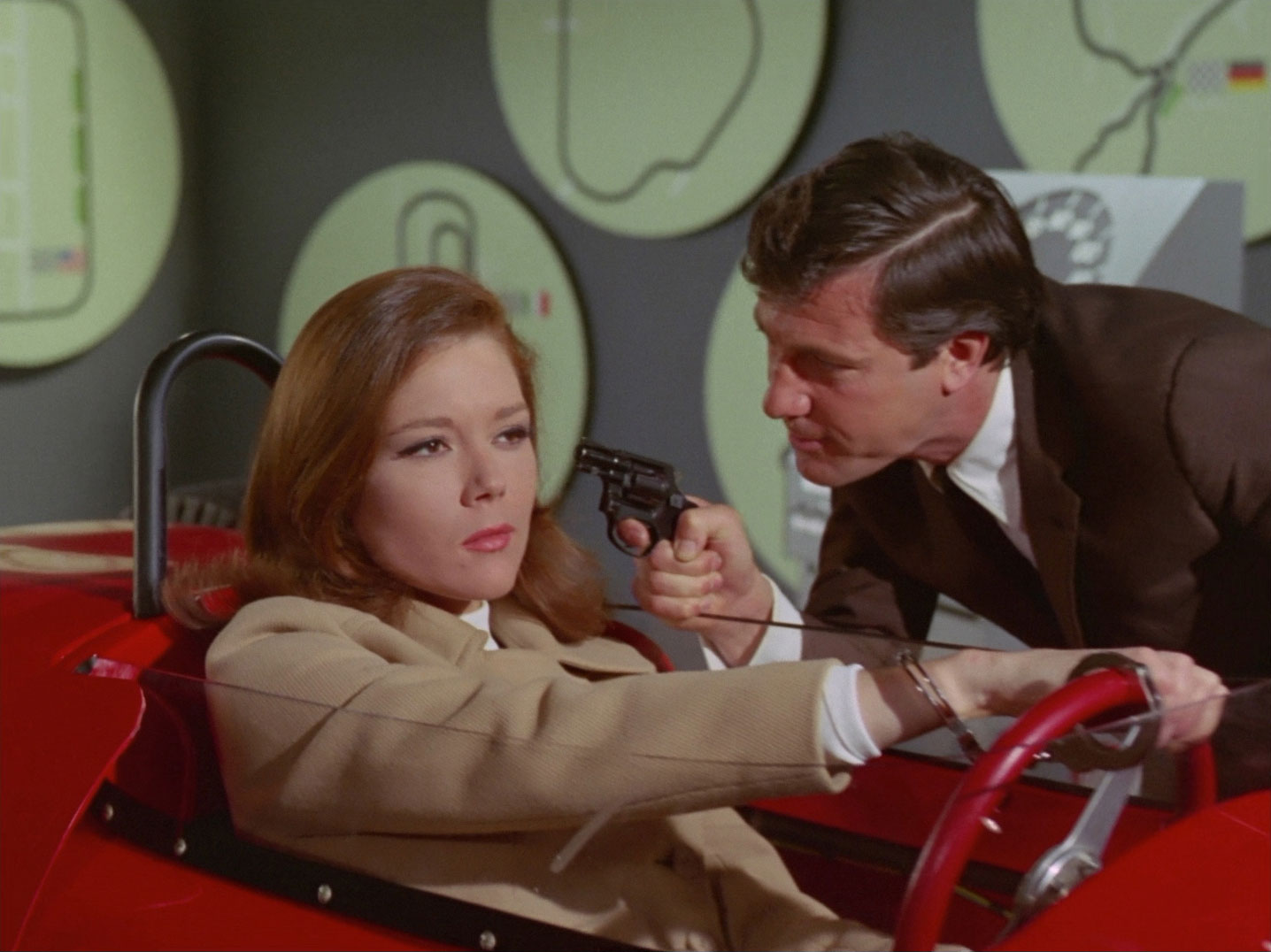 One thought on “The Avengers Television Series.”