I did not receive any payment for this review. This enables me to be completely honest in writing this.

The Jane and Bertha in Me

This week I was very honoured to be asked to review The Jane and Bertha in Me. This is a collection of poetry by Rita Maria Martinez, who is a Cuban American poet from Miami, Florida. Rita has a Master of Fine Arts from Florida International University and has had work published in many publications. She has been a featured author at the Miami Book Fair International; at the Society of the Four Arts in Palm Beach, Florida; and at the Palabra Pura reading series, sponsored by the Guild Literary Complex in Chicago. Rita has also been a fan of Jane Eyre and the Bronte sisters since she was a teenager. Rita explained why this novel had such an impact on her.

“As a teen, I wanted to live in another era … Reading Jane Eyre felt like I was immersed in an exciting and unique atmosphere, which, for me, was a welcome relief from the grunge culture of the 1990s. I liked the mystery, the lush language, and the romance in the novel. 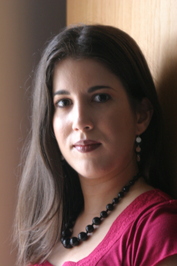 As for Jane’s character, she is an underdog with a lot of spunk, a heroine who stands up for herself. I thought leaving Lowood and entering Thornfield, a new environment, was courageous—as was leaving Thornfield. Jane also manages to have strong moral convictions while also being a sexual creature—one who refuses to settle for a passionless marriage.”

The blurb on the book states that Rita’s book of poetry, The Jane and Bertha in Me, aims to celebrate Jane Eyre. Rita re-imagines Jane Eyre’s cast of characters in contemporary contexts, from Jane as an Avon saleslady to Bertha as a Stepford wife. These poems prove that Jane Eyre’s fictional universe is just as relevant today, as it was so many years ago.

I have been a lover of the Brontes since I was three and I have possibly read just about every single biography, reimagined novel, sequel, and prequel concerning the Bronte Sisters and their work. In all honesty,  I’ve pretty much seen it all. I am a bit of a purist, in that I am not too keen on any attempts to mess with the Brontes’ masterpieces either by writing prequels or sequels or by reimagining them. I believe that there is very little that anyone can write further about the Brontes as it has been covered in the two hundred years since they were born. That is why the new scholarship concerning the possible photograph of the three sisters excites me so much, as it is something new to discover. Having said this, I really was not expecting to enjoy reading Miss Martinez’s work.

My opinion changed very quickly. As I started to read the poetry, I was immediately struck with the similarity between Martinez’s verse and that of Carol Ann Duffy in its wit and humour, as well as its use of everyday experiences and its accessible language. It reminded me of Duffy’s ‘Mrs Midas’.

The poetry connects to the main characters of Jane Eyre and places them in different settings. We have the much-maligned and misunderstood Bertha. In some poems she is the Bertha we know from the novel who ‘believes leathery hands barnacled with gypsy rings are an omen of fertility’ or the ‘Hypochondriac. Hysterical Hepzibah haunting the halls.’ Yet In ‘Letter to Bertha’ the poet reimagines how Bertha might have been, had she have seen a psychiatrist ‘who specializes in pyromania, who’d prescribe an antidepressant cocktail for those unpredictable mood swings and panic attacks.’ And if she had been sent to a health spa to recover so that,

“We’d toss your straight jacket into the ocean,

and along with it each vestige of sadness

that has tinged your bloodshot eyes.

I’d cradle your face in my hands and I’d kiss you,

obliterating suffering from your lexicon.

I marvelled at the multitude of original ideas and re-imaginings in this collection concerning every character in Jane Eyre and even Charlotte Bronte herself. At many times, I found myself reading the same poem over again and each time seeing different nuances and meanings. This collection shows that Martinez is a very gifted poet.  Not only does she paint the most vivid pictures with words, but she is something of a wordsmith, effortlessly using a vast array of literary devices to add more dimensions to her verse.

My favourite poem in the collection is the sublime, Blanche Ingrams’ Bitterness. In which the poet reimagines Blanche’s hatred towards Jane. It is such a clever use of language and consonance that one can hear the resentment and hostility in each carefully-constructed syllable.

I have nothing but the highest regard for Miss Martinez as a poet. I shall be using some of her poems with my students to show them how incredibly funny, witty and worthwhile poetry can be.  I also thoroughly recommend this collection. Not just for Bronte lovers but also for anyone who enjoys reading great poetry.