I’m not a huge fan of Lily Allen, but having said that, I’m not someone who dislikes her either. I’ve read so many dreadful celebrity books recently that when I was sent this one to review, my heart sank. So many celebrity books are poorly written and a major disappointment. I’m stuck between trying to review the book and not wanting to write something bad and then feeling guilty as I have written the truth. 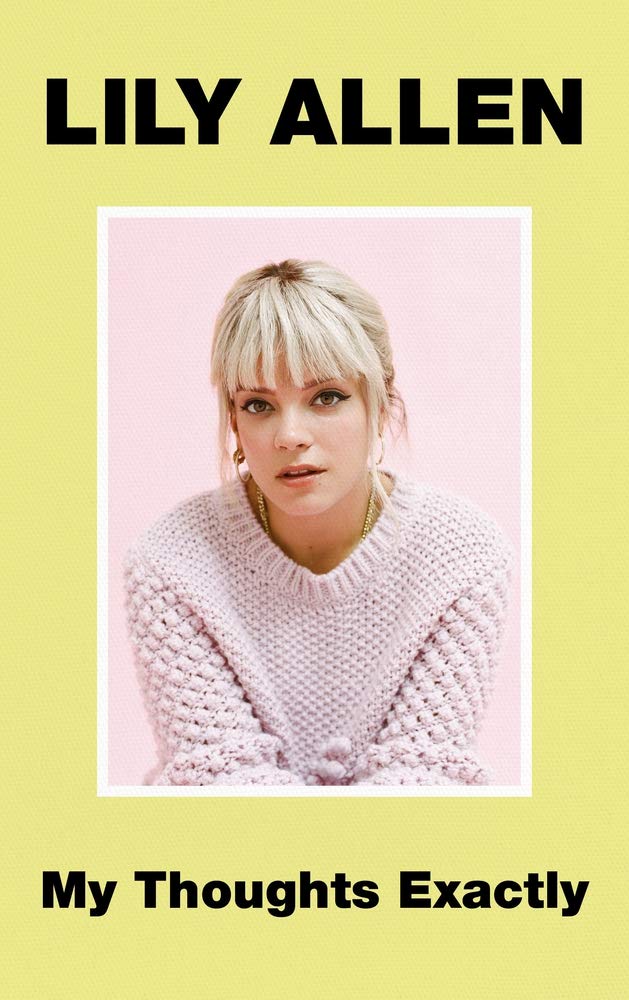 I know very little about Lily Allen, apart from what I have seen in the tabloids and heard about her from listening to her on Desert Island Discs. I’ve liked some of her music, but she usually comes across quite badly in interviews and seems as though she’s a bit of a loud-mouth and attention-seeker.

This book though, was not what I expected. I’ve got to say that of all the celebrity books out there, this one is by far the best. It’s beautifully written, which is surprising given that Lily admits early on that she has no formal academic qualifications. It’s raw and above all else, it’s honest. It’s incredibly introspective and I suspect that writing this novel was a form of therapy for Lily after her marriage breakdown.

There is no celebrity ego in this. She is constantly putting herself down. I did feel that despite growing up with two parents who work in showbusiness, it has not been an easy ride for her. Her mother was too busy taking cocaine in a friend’s flat and her father appears to have cared more about having sex with an endless supply of women, than showing their daughter the attention and love she craved growing up. The only person who showed her any genuine parental love was Harry Enfield: a kind of step-father during her formative years. Yes, she was fortunate to go to endless expensive private schools, Glastonbury or behind the scenes at Top of The Pops and appear on many film sets. But I strongly suspect that Lily would have much preferred to spend her childhood in some two up, two down suburban normality: eating fish fingers and oven chips with Mr and Mrs Joe Bloggs. If only it meant that she wouldn’t have felt so neglected emotionally and would have had some warmth and love in her childhood. She mentions that her early years have given her the need to seek out and always be with a partner. She is unable to be alone or on her own. This has led to no end of bad life choices such as casual sex and allowing men to take advantage of her physically. Despite being the child of supposed free-living parents, she had no idea of how to orgasm or if indeed women were meant to, until she was in her twenties.

There are some very perceptive views on the power of the media, especially tabloids and how they impact on the celebrity life. Her story becomes almost allegorical as it questions if it is morally ethical that when we entertain the idea of becoming a celebrity, we are almost entering into a pact to allow the paparazzi to encroach on our every move.

As a graduate of literature, I always look for meanings in books and I really enjoyed this as it had so many layers and made me question my own perception of celebrity, as well as what is morally right in our days of social media when everyone wants to be famous. It also led me to revisit some of Lily’s music. As I watched her perform ‘Apples’ in which she blames the failure of her marriage on her genetic make-up, I couldn’t ignore the stripped-down beauty of her voice and the honesty of her lyrics. Lily, you might have had a bad childhood, but you’ve got an awful lot of talent and a voice that really needs to be heard. I had no opinion on Lily Allen before reading this. Now I cannot help but respect and admire her. This book needs to be read.